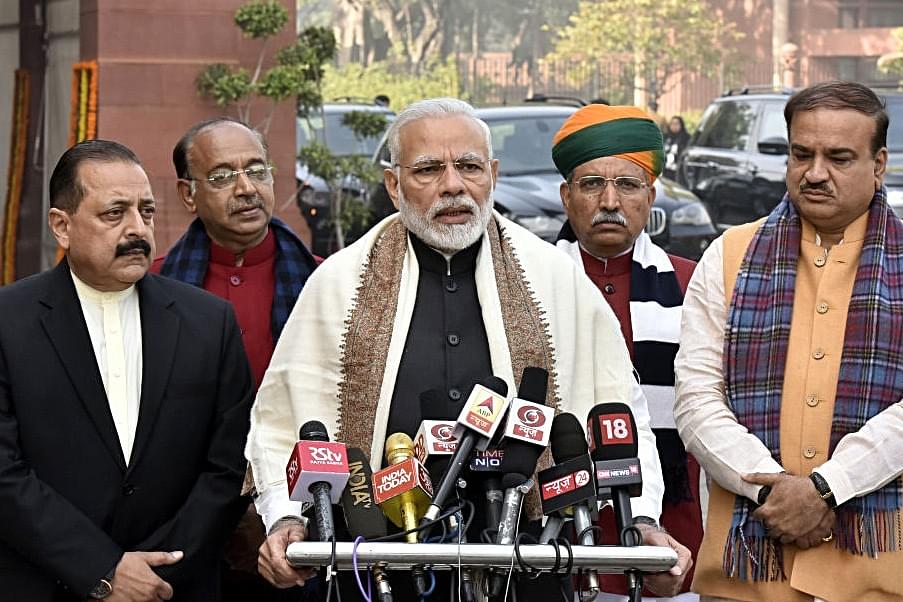 Days after the country witnessed scenes of sporadic violence following the call for Bharat Band, Prime Minister (PM) Narendra Modi has appealed BJP MPs to spend at least two nights in SC-ST dominated villages in the country, to restore the communitiesโ faith in the party, The Indian Express has reported.

The ruling party is under fire for its alleged attempts to dilute the SC-ST (Prevention of Atrocities) Act which has seen several protests being organised against the party at several places in the country.

Speaking at the Foundation Day of the party, PM Modi also urged his party MPs to โcelebrate Ambedkar Jayanti in a big wayโ in their constituencies. Ambedkar Jayanti is observed on 14 April on the birthday of Dr Bhimrao Ramji Ambedkar, champion of the social equality in India and principal architect of the Indian Constitution.

A BJP MP who attended the event said, โThe Prime Minister asked all party MPs to spend two nights in villages between 14 April and 5 May. He told them to pick at least one village with over 50 per cent population of SCsโ. The PM also said that there are 20,000 such villages in the country.

In view of the negative perception of the party during the protests, the party is gearing up to celebrate Ambedkar Jayanti in a big way, with the Uttar Pradesh government under Yogi Adityanath planning month-long celebrations starting 14 April.

On 13 April, one day before Ambedkar Jayanti, the Prime Minister will also inaugurate a memorial dedicated to Dr BR Ambedkar at Delhiโs 26, Alipur Road โ the place where he attainted his Mahaparinirvan.