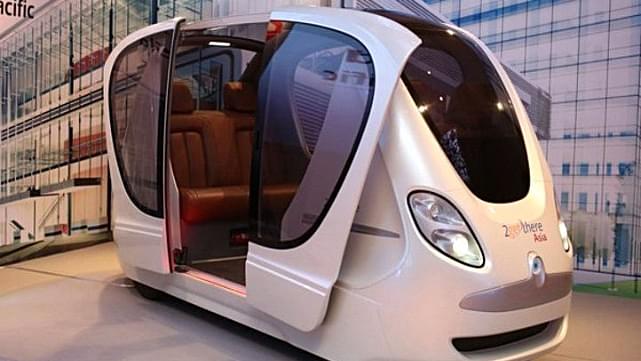 In November 2017, the Bruhath Bengaluru Mahanagara Palike (BBMP) had invited bids for the first six lines of its proposed pod taxi, a personal rapid transit (PRT) system. However, there has been only a single bidder for the project thus far, and it has Bengaluru Development Minister K J George as a partner in it, reported Bangalore Mirror.

The bid has been received from Smart Personal Rapid Transit Systems Pvt Ltd (SPRT), which has also deposited Rs 7.5 crore with the BBMP as a security amount to participate in the bidding process.

The project aims to build a PRT system across a 35km length between Ujwala Metro Station in Whitefield and Trinity Metro Station, with 43 stations in the first phase. BBMP estimates the network will cost Rs 50 crore per kilometre, and the construction is to take place under the “design, build, finance, operate and transfer” mode, with the bidders financing the construction themselves.

The PRT system was proposed by the BBMP in May 2017, and passed a feasibility study by the Centre for Infrastructure, Sustainable Transport and Urban Planning (CiSTUP) at the Indian Institute of Science (IISC), after which a bidding process was put in place.

Dhruv Manoj Patel, SPRT’s Director for India Operation, said, “We have also done a Detailed Project Report based on the stretch identified by the BBMP. We will start the work in six months if it is finalised by the cabinet. We estimate that the project will be completed in 30 months from the day we start.”

PRT systems are currently running at Morgantown in USA, the Heathrow Airport, Masdar City in Abu Dhabi and Suncheon Bay in South Korea. However, none of these are as extensive as the one being planned for Bengaluru.

The SPRT has a tie-up with Fairwood, which operates the pod network at Heathrow Airport.