Police Clarify Mob Attack On Sikh Man In Karnataka Not A Religious Crime, Appeal People To Not Communalise It 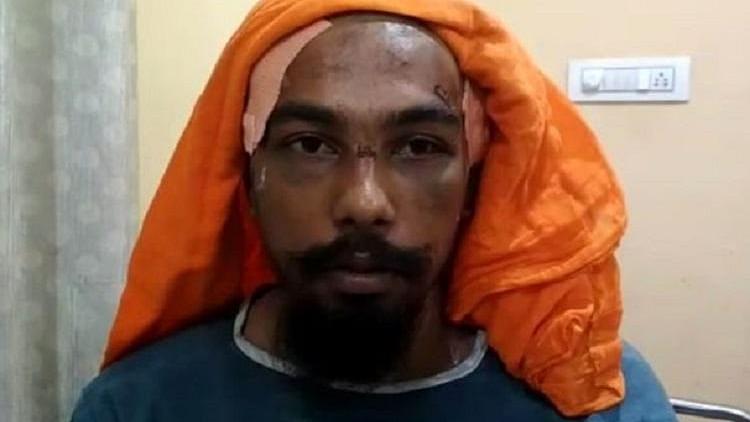 A fake video of child abduction has sparked several incidents of mob violence in Karnataka. As per reports, at least 90 innocents - mostly streets beggars, nomads, daily wage labourers and house helps - have been attacked by panicky residents in a month on mere suspicion. Despite the police’s repeated clarification that the video is fake, violence continues.

Districts like Ballari, Raichur, Kalaburagi, Raichur, Koppal, Hassan, Tumakuru, Kolar and Chikkaballapura are particularly affected, but Bengaluru is different where a 26-year-old man was lynched to death.

Amid this, another incident has come to light in Gulbarga, where a 35-year-old Sikh man was assaulted by a mob on 19 May. Alvar Singh was thrashed by a mob of around 50 people on the suspicion that he is a child abductor.

What reportedly triggered the attack was a kirpan (knife) that Singh was carrying as a Sikh religious symbol. The crowd beat up Singh and seized his kirpan.

On Social media and in a section of Punjabi media, the incident was reported as a hate crime where “a Hindu crowd” attacked a Sikh man for his religious beliefs.

He tweeted: “Just heard about mob attack on a Sikh in Gulbarga on suspicion of being child lifter following fake Whatsapp news. Request CM @hd_kumaraswamy ji to ensure stringent action against culprits, and full protection for Sikh community and their religious rights in Karnataka”.

Now, Kalaburagi P Shashikumar is appealing to people to not communalise the incident. After some accounts said that the crowd cut Singh’s hair, Shashikumar clarified that the victim’s hair was cut by the hospital staff so they could tend to his injuries.

Soon after, Sindhi Punjabi Prabandhak Committee of Kalaburagi held a press meet where they said that the Sikh community was convinced that the incident was not a communal attack.