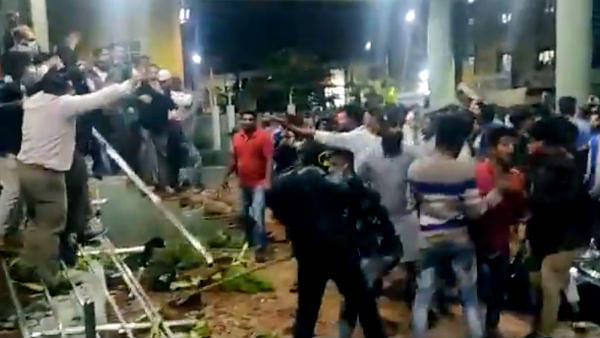 Bengaluru city police are aiming to secure maximum punishment possible on people involved in the recent riots, an official said on Thursday (27 August).

"Our main intention is to send them behind bars as long as possible," Central Crime Branch (CCB) Deputy Commissioner of Police (DCP) Kuldeep Jain told IANS.

He said the police department will plead with the court to not allow them outside as releasing them will send a wrong message.

Jain said if these people are let out, it will convey a message that anybody can commit any crime and easily dodge jail terms.

The DCP said already 400 accused have been arrested in the riots case which shook the city on the night of August 11.

"We have received a lot of leads and we are continuing our investigation," he said when asked about the angle of terror links of some of the rioters.

Meanwhile, Jain clarified that Mudassir Ahmed, one of the rioters, was not picked up from Hyderabad but arrested in the city itself.

P. Naveen, Pulikeshinagar Congress MLA Akhanda Srinivas Murthy's nephew, continues to be in jail even as attempts are being made to release him on bail.

On August 11, hundreds of people ran amok after Naveen posted a derogatory message on social media. Police resorted to firing to control the mobs, leading to the death of three youths.