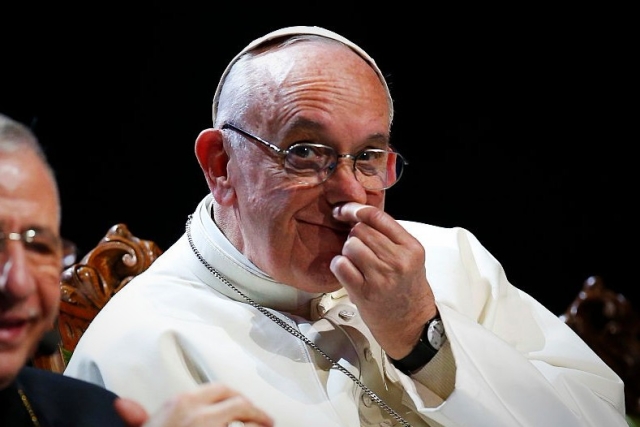 A bizarre turn of events has left the Catholic Church scrambling for cover as Pope Francis claimed in an interview that Hell doesn’t exist, The Times has reported.

In an interview with Eugenio Scalfari, an atheist and former editor of Italian newspaper La Repubblica the Pope claimed that “Hell doesn’t exist, the disappearance of the souls of sinners exists.”

Heaven and Hell are central to Catholic beliefs with catechism stating that “Immediately after death the souls of those who die in a state of mortal sin descend into Hell, where they suffer the punishments of Hell, ‘eternal fire’.”

However, the Vatican has now claimed that the interview where the Pope made the said comments is not a ‘faithful transcript’.

On being asked what happens to the souls of sinners, Pope Francis said that they simply disappear. “They are not punished. Those who repent obtain God’s forgiveness and take their place among the ranks of those who contemplate him, but those who do not repent and cannot be forgiven disappear,” he said.

This is however not the first time an interview between Scalfari and the Pope has created a furore. A similar incident had occurred in 2014 when Scalfari had claimed that the Pope had abolished sin.