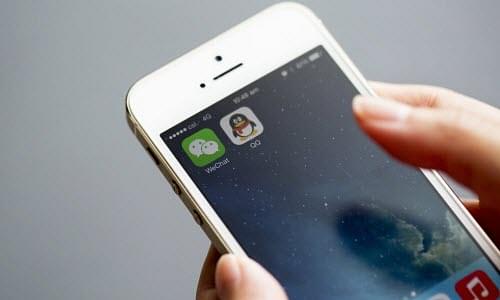 The WeChat app on an iPhone

WeChat, the popular Chinese messenger and social media app may soon double up as alternatives to state-issued identification in China, reports the Wall Street Journal. Chinese citizens need to posses a valid ID in order to access services such as checking-in to hotels and boarding trains.

State-run Xinhua News Agency reported that Tencent Holdings – WeChat’s parent company – has launched a pilot project with the Ministry of Public Security for digital identification in Guangzhou city in the Guangdong province. Under the new programme, users can create an official ID using the messaging-turned multi-purpose app which currently has over 980 users in the communist country alone.

Funded by the National Development and Reform Commission (NDRC), the basic version of the programme requires users to click and upload a photograph, read out a security code and provide other details including existing identification numbers.

An advanced version for for more formal and legal purposes such as registering a company too is part of the plan, where users would have to use designated secure terminals.

While governments liasoning with private establishments to offer services isn’t new, the extent to which China is using it has raised many an eyebrow.

An increase in the bonhomie between the government and the privately-led technology industry has sent a few alarm bells ringing for by privacy advocates although the firms have given out assurances that the data is safe.