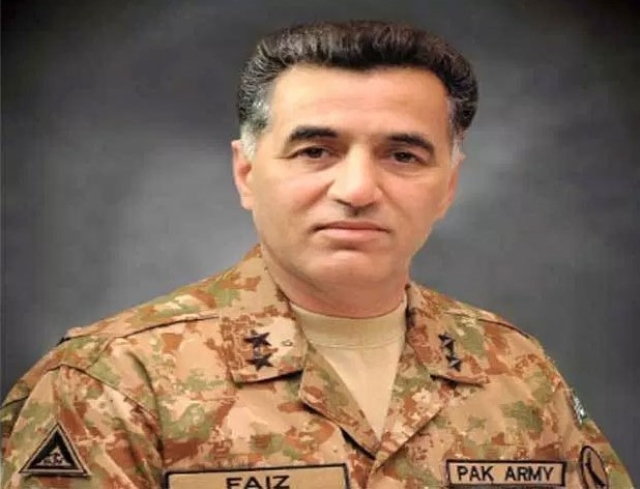 The role of the Pakistan Ambassador to Nepal, Mazhar Javed, is also under the scanner for fomenting anti-India sentiments in key Nepalese groups influential in Kathmandu.

A top secret report of the Intelligence Bureau reviewed by IANS reveals that Mazhar Javed held a high-level meeting on 27 September at the embassy premises in Maharajganj, Kathmandu, wherein top 30 human rights activist, intellectuals and diplomats were invited.

The report further says that during the meeting, Mazhar Javed tried to provoke the Nepalese lobby by saying that the Indian establishment is abusing human rights by torturing the people of the Valley.

On 3 October, Mazhar Javed wrote an article in a prominent Nepali daily, 'Nagarik', distorting the facts by alleging that the situation in Jammu and Kashmir was alarming.

According to a report, the defence attache of the Pakistan embassy, Colonel Shafqat Nawaz, actually represents the ISI and had been a key person in organising smuggling of FICN through well-established links of local gangsters having linkages with the D-Company.

Shafqat Nawaz is also instrumental in funding different ISI modules active in Jammu and Kashmir and other parts of India. His role had come to light during the seizure of high quality FICN notes worth over Rs 7.67 crore from Kathmandu's Tribhuvan International Airport in May 2019.

A D-Company operator in Nepal, Yusuf Ansari, who frequented the Pakistan embassy in Kathmandu, was arrested by the Nepal Police in this connection.

A few months later in August, Ansari's proteges were arrested by the Special Cell of Delhi Police on charges of smuggling high quality FICN, reportedly printed at the state-owned Security Printing Press in Karachi.

The Indian agencies have also gathered sufficient inputs on the role of the Pakistan High Commission in Dhaka.

A reliable source said that the defence advisor at the Pakistan High Commission, Brigadier Kamran Nazir Malik, has held secret meetings with jehadi leaders in a hotel located in the posh Gulshan area of Dhaka.

Besides terror activities, Kamran Nazir Malik was also involved in patronising the smuggling of FICN.

On 25 September, a parcel carrying FICN worth around Rs 50 lakh was seized by the Dhaka Police. During investigation, it was found that a Dubai-based ISI agent, Salman Shera, was shipping such parcels to various locations in Bangladesh.

Earlier in 2015, on a report of the Dhaka Police, one High Commission attache, Mazhar Khan, was expelled from Bangladesh on charges of sheltering a big FICN syndicate.

On the basis of the said IB report, the Ministry of Home Affairs has alerted the border police (Sashastra Seema Bal) on the Indo-Nepal border and the Border Security Force (BSF) deployed on the Indo-Bangladesh border.

Other federal law enforcement agencies have also been apprised of the developments across the border, especially after the abrogation of Article 370 in August.