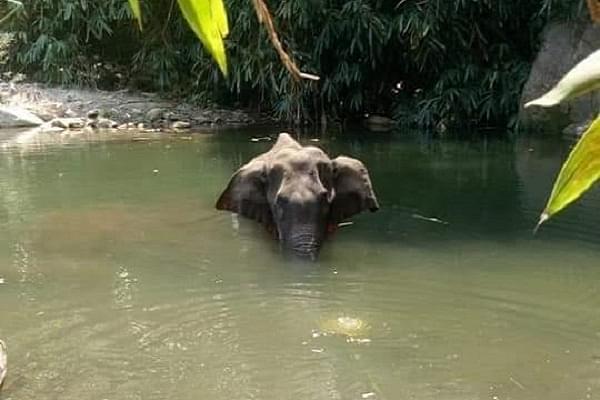 Abdul Kareem and son Riyasudheen have been identified as the prime accused by probe team investigating the death of a pregnant elephant in Kerala, Matrubhumi reported.

Earlier in the day, Kerala Police arrested Wilson, a tenant farmer, in connection with death of the pregnant elephant. Wilson, who originally hails from Malappuram district, was working as rubber tapper in the plantation.

The accused Sh.Wilson being taken to plantation premises for gathering of evidence. He was a tapping labourer and overseer in the plantation there. @DDNewslive pic.twitter.com/kQqSqHZZNL

According to veterinarians who carried out the autopsy of the dead 15-year-old pregnant elephant, she was fed a pineapple with firecrackers that burst inside her, leaving her in pain for days. She took refuge in a river until her death. The explosion inside her mouth had seriously injuring her upper and lower jaw and tongue. They surmise her killers must have first tried chasing her away as she stray into the agricultural land and forest area and then fed her the live explosives.

The injured elephant, according to forest officials, was first spotted by locals near a water source on May 23. Two days later an elephant expert after a medical assessment said things were bad for the animal.

On May 25, the elephant was found dead in slushy water.

A post-mortem conducted on the elephant two days later revealed that the elephant was two-month pregnant. Experts pointed out that this was the elephant''s first pregnancy.