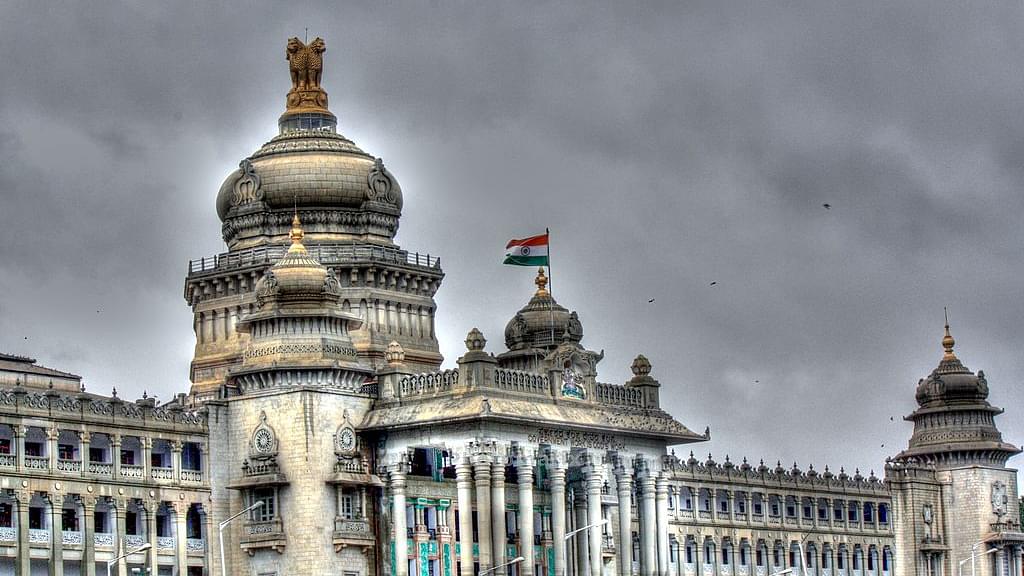 President of India Ram Nath Kovind will address a special joint session of the Karnataka legislature on 25 October to mark 60 years of the majestic Vidhana Soudha in Bengaluru.

Karnataka Legislative Assembly Speaker K B Koliwad yesterday (10 October) announced it after a meeting with the president in which Legislative Council Chairman D H Shankarmurthy was also present. The Vidhana Soudha, is one of most imposing buildings in Bengaluru and reflects the architecture of the Mysore Neo-Dravidian times.

The foundation stone was laid in 1951 and its construction was completed in 1956, overseen by then chief minister Kengal Hanumanthaiah.

"We met the President of India and requested him to grace the diamond jubilee celebration and address a special joint session of state legislature. He has given his consent for October 25 at 11 am," Koliwad said.

In a representation made to the president, the state government said the joint session will discuss topics such as the formation of the Mysore state, integration of the Karnataka state and a related movement, the state's history and politicans and the Kannada language.

On the occasion, families of the first three chief ministers of the state – K C Reddy, Kengal Hanumanthaiah and Kadidal Manjappa – will be honoured.

Two documentaries on the construction of the Vidhana Soudha and emergence of legislature in Karnataka directed by renowned filmakers Girish Kasaravalli and T N Seetharam will be screened. Programmes depicting the art and culture of the state will be organised in the evening on the grand steps of the building, the state government said.

The celebration will conclude with a show on '3D mapping of the Vidhana Soudha', it said. PTI