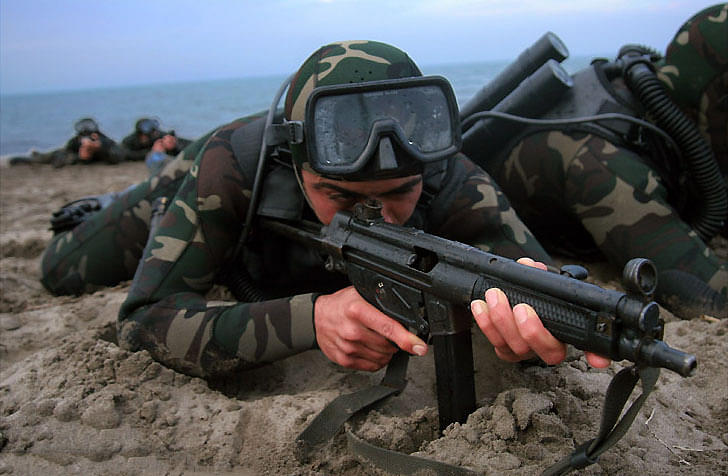 In an unprecedented move, the Donald Trump administration on Monday (Apr 8) announced it had designated the Islamic Revolutionary Guards Corps (IRGC), Iran’s powerful security and military organization that is tasked with duty to protect Islamic regime, as a “foreign terrorist organization.” The Revolutionary Guard (pasdaran) is intended to protect the country's Islamic Republic system.

It’s the first time ever that United States has ever designated part of a foreign government in this way.

In a statement by the White House, President Trump said that the action was meant to send a clear message to Tehran that its support for terrorism has serious consequences.

“This unprecedented step, led by the Department of State, recognizes the reality that Iran is not only a State Sponsor of Terrorism, but that the IRGC actively participates in, finances, and promotes terrorism as a tool of statecraft,” the president said in a statement.

The statement added that “This action sends a clear message to Tehran that its support for terrorism has serious consequences. We will continue to increase financial pressure and raise the costs on the Iranian regime for its support of terrorist activity until it abandons its malign and outlaw behavior.”

The designation will prevent Americans and American-owned companies from conducting business with the IRGC and comes with accompanying sanctions.

Iranian judiciary chief Seyed Ebrahim Rayeesi was quoted by the state-owned FARS News as saying that “Like other evil deeds of the US, this move is also doomed to failure,”

IRGC’s commander, Major General Mohammad Ali Jafari, issued a warning over the weekend that military tensions between the two countries would rise if the Trump administration took such a move. He added that Iran will designate the U.S. military as a terrorist organization in response.

“If the Americans take such a stubborn measure and endanger our national security we will put in place countermeasures in line with the policies of the Islamic Republic of Iran,” he said.

In a retaliatory measure, Iran’s foreign minister, Mohammad Javad Zarif, requested the President Hassan Rouhani to place U.S. forces in the Middle East on the country’s list of “terrorist groups,” according to the government-backed Islamic Republic News Agency.

Many geopolitical experts are worried about the fallout of U.S’s designation of IRGC as a terror organisation. they fear that IRGC will retaliate against the close to 5,000 US troops in Iraq and around 2,000 in Syria. Iran has already issued the threat that their safety will be jeopardized if IRGC was named a terrorist organization.