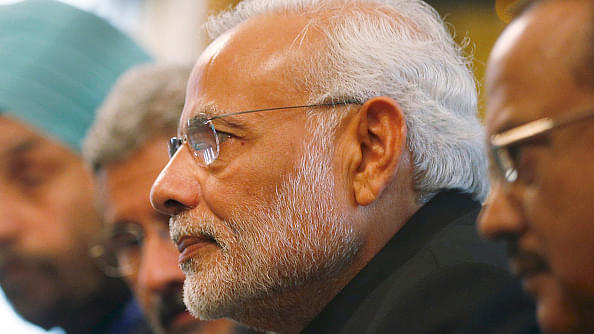 Prime Minister Narendra Modi today (23 March) held a meeting with the members of Parliament (MPs) from Uttar Pradesh and directed them not to interfere in the state of affairs in the politically crucial state.

Addressing the state’s MPs, the Prime Minister also asked them to work together with the state ministers. He asserted that all stand equal in the eyes of the government.

Meanwhile, Prime Minister Modi also said the MPs should respect the mandate of the people and work for development of the state.

Union home minister Rajnath Singh on his part asked the Bharatiya Janata Party MPs to work collectively to fulfill the promises made by the government.

The BJP president Amit Shah was also present in the meeting.