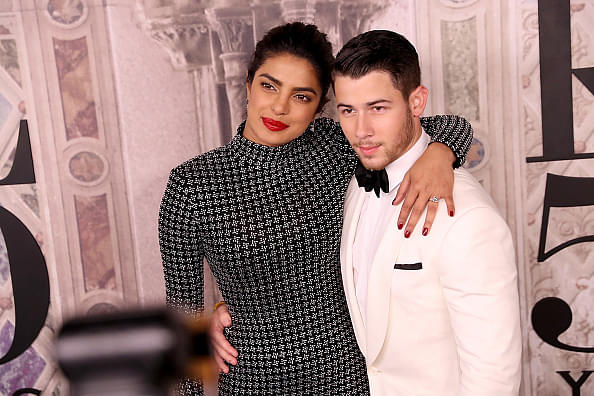 Actress Priyanka Chopra-Jonas set off a tweet-storm after a Pakistani girl questioned her for tweeting “Jai Hind” and she in the response, she said that she is patriotic and the girl shouldn’t yell or embarrass herself.

While addressing an audience at the Beautycon Los Angeles, Priyanka Chopra was accused of supporting a nuclear war by a Pakistani woman named Ayesha Malik.

“It was hard listening to her say, “we should be neighbours and love each other” — swing that advice over to your PM. Both India and Pakistan were in danger. And instead she tweeted out in favour for nuclear war,” Malik tweeted in reference to a tweet Chopra had put out in March, saying “Jai Hind” and tagging the Indian Army.

“Priyanka Chopra tweeted during a time when we were this x (she used an emoji implying how close we came to war) close to sending nukes to one another. Instead of advocating for peace she tweeted in support of the Indian army,” said Malik.

In her interaction with the actress, Malik called Chopra a hypocrite. She said that Chopra supported a nuclear war while being a UN ambassador for peace.

Priyanka Chopra, in response, asked her whether she was done “venting”. The actress further said that she had many friends from Pakistan, and that she is just a patriotic person.

“War is not something I’m really fond of but I am patriotic, so I’m sorry if I hurt sentiments to people who do love me and have loved me,” said Priyanka.

She continued, “But I think that all of us have a, sort of, middle ground that we all have to walk. Just like you probably do as well. The way that you came at me right now... girl, don’t yell. We’re all here for love.”

Sharing the videos shared by Malik on Twitter, many bashed Chopra, calling her a ‘pseudo humanitarian’ and her response condescending and arrogant. Malik said, ‘Priyanka Chopra gaslit me, turned narrative to me being the bad guy,’