Priyanka Vadra Lashes Out At Smriti Irani For Distributing Shoes To Amethi’s Poor, Calls It An ‘Insult’ 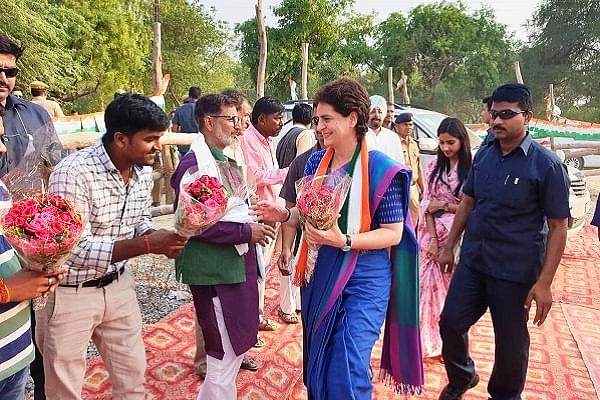 Congress general secretary Priyanka Vadra lashed out at Union Minister Smriti Irani on Monday (22 April) after the latter distributed shoes to the people of Amethi, ANI has reported.

In the video, a visibly upset Vadra recounted how Smriti Irani came to Amethi and distributed shoes to the people to prove that they don’t even own shoes.

Expressing anger, Vadra termed this as an insult to the people of Amethi who she asserted have “never begged from anyone”.

In response, Irani has urged Vadra to not create drama. Speaking about the poor people who don’t even have shoes to wear, Irani said that the Congress general secretary should go and find out the reality of the people’s living conditions.