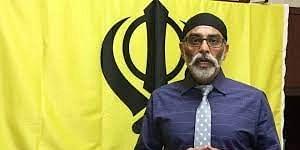 “Our farmers are dying, in such a situation the hoisting of the tricolor on August 15 will not be tolerated,” Pannu was reportedly heard saying in an audio clip.

In fact, Haryana CM Manohar Lal Khattar has also been issued a similar threat by Pannu via a phone call, News Track Live reports. Furthermore, Uttar Pradesh (UP) CM Yogi Adityanath and Himachal Pradesh CM Jai Ram Thakur have been given such ultimatums as well.

A phone call was made to the UP police in Pannu’s name saying that CM Yogi wouldn’t be permitted to hoist the national flag on the coming Independence Day.

The secessionist group has been a vocal supporter of the farmers’ protest and often threatened stirring unrest in the country over the issue.