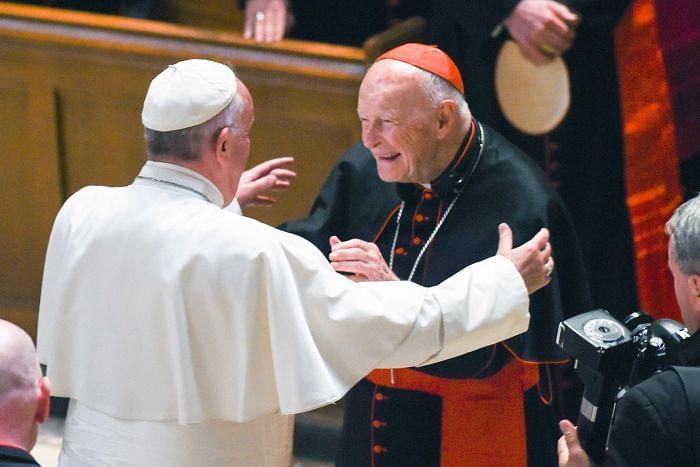 Pope Francis has accepted the resignation of Theodore McCarrick, a prominent US cardinal and former Archbishop of Washington, accused of sexually assaulting a teenager nearly 50 years ago, the New York Times has reported.

McCarrick has become the highest-ranking American in the Catholic Church to be removed. Earlier, the US Church officials had said the allegations were credible. The Church will now investigate accusations against him.

The cardinal is accused of sexually abusing minors and adult seminarians for decades. He has been accused of putting his hands in a 16-year-old boy’s pants during preparations for a Christmas service in 1971. In 1972, McCarrick allegedly cornered the boy in a bathroom and tried to touch him again. In 2005 and 2007, when McCarrick was serving as bishop, he reached financial settlements with two men who said they were abused by him as adults decades ago.

Ironically, in the early 2000s, he was involved in the creation of the Charter for the Protection of Children and Young People, which is a document of guidelines aimed at helping the Church to deal with cases of sexual abuse.

Accepting his resignation on Saturday, the Vatican ordered the Church to place him in seclusion "for a life of prayer and penance until the accusations made against him are examined in a regular canonical trial".

In his defence, 88-year-old McCarrick has said that he is innocent.

In the last few years, the Catholic Church has been hit with a string of sex abuse scandals. Earlier this year, Cardinal George Pell of Australia, who as the Vatican’s finance chief is one of the Holy See’s highest officials, was ordered to stand trial on multiple charges of abuse. Philip Wilson, the archbishop of Adelaide, has been convicted of covering up a claim of sexual abuse in the 1970s. At least 34 Chilean bishops resigned in May after being accused in a sexual abuse scandal and attempting to cover-up there such cases in the past.