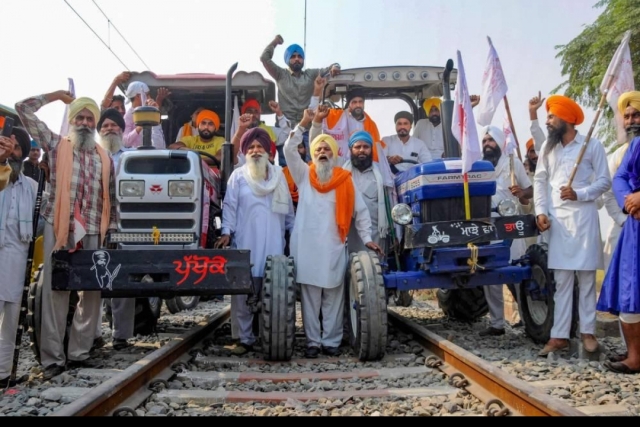 In a positive development, the protestors in Punjab have lifted their nearly two-months-long rail blockade completely, paving the way for the resumption of goods and passenger train movement in and through the State, reports Hindustan Times.

The development comes after Chief Minister (CM) Amarinder Singh called a meeting with all the 31 farmer unions in Chandigarh for breaking the deadlock on the matter. CM Singh said that the meeting was fruitful and that he welcomed the development as it would help restore the normalcy of the State's economy.

The development gains significance for the State, given the suspension of goods trains has hit supplies of fertilisers for the crucial agriculture sector and coal for thermal power plants, besides also impacting the industry badly.

However, it should be noted that the unions have said that if the Centre does not clarify its stand on repealing the three farm law reforms within a span of next 15 days, then they would restart the blockade. The same was announced by Bharti Kissan Union (Rajewal) president Balbir Singh Rajewal.