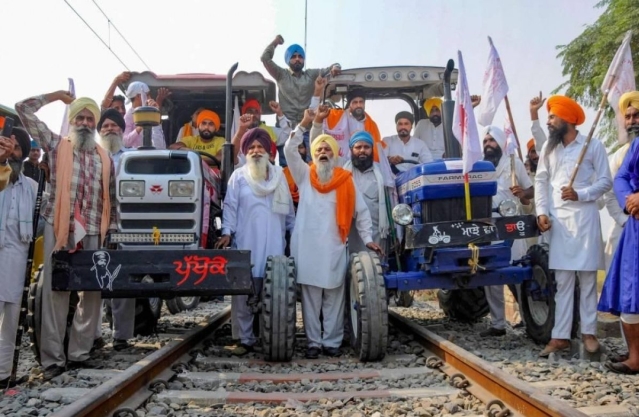 The farmer unions in Punjab protesting against the three farm laws have said that they will lift the blockade for 15 days from 23 November, allowing the rail services to resume, reports TOI.

The unions said that in 15 days, the union government should hold talks, and if the talks fail, they will resume the protests.

The decision of the farmer unions reportedly came after their meeting with the Punjab chief minister Amarinder Singh.

Owing to the ongoing protests in Punjab, the Indian Railways has so far suffered a loss of whopping Rs 2,220 crore, primarily driven by the loss of freight revenues.

The protests had begun on 24 September. So far, these protests have affected as many as 3,850 freight trains which could not be loaded. In addition to this, as many as 2,352 passenger trains have also been cancelled or diverted so far.

No goods trains have entered Punjab in over a month and a half, except for two days in late October. This has created a shortage of several essential goods including fertilizers which are needed for the sowing of wheat by the very same farming community.