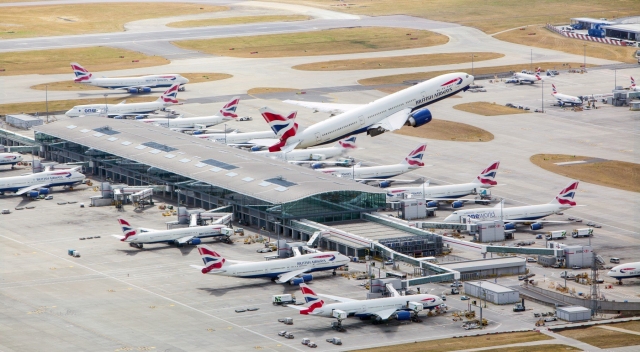 London police have thwarted an attempt by an environmentalist group ‘Heathrow Pause’ to shut down the airport in London, the busiest in all of Europe, AFP reports.

The attempt was part of the plan to stop the construction of a third runway in a bid to conserve the environment. Seven people have been arrested by the police in relation to the incident after the security agency deployed a sweeping cordon across the airport.

Our runways and taxiways remain open and fully operational despite attempts to disrupt the airport through the illegal use of drones in protest nearby.

The group had planned to use toy drones to disrupt flights at the airport but failed after the first such miniature drone failed to receive any signals from the hand-held remote control.

"We're the fire alarm ringing in the middle of the night telling people to wake up, your house is on fire," one of the environmentalists preparing to fly her own drone in the coming days said.

"We agree with the need for climate change action but illegal protest activity designed with the intention of disrupting thousands of people is not the answer," a London police spokesperson said regarding the incident.