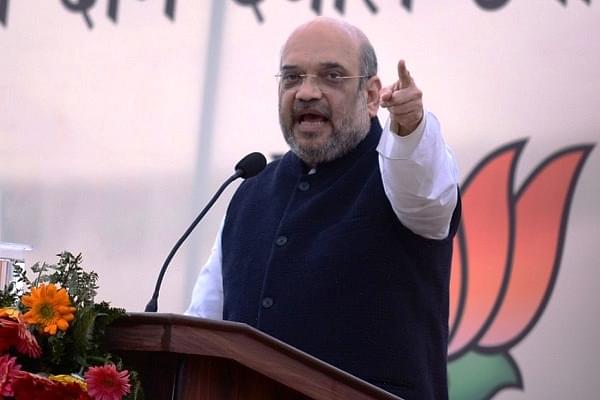 With ‘Kingmaker’ Amit Shah heading the Home ministry and Narendra Modi as the Prime Minister, the winning combination of Modi-Shah has upgraded into a potent change-maker for the people of India.

The three major issues faced by India, on which radical steps are expected:

While the ‘red-corridor’ has shrunk in size constantly in the last five years of Modi administration, the left-wing terrorists continue their attack including the one in Gadchiroli which claimed the lives of 15 security personnel.

The Naxals have proven that the administration can’t be complacent. In recent years, specially with the advent of social media, the alleged intellectual elite sympathisers of Naxalism, the ‘urban naxals’ have also come under the spotlight. It would be worth watching how a no-nonsense Shah deals with Naxal problem.

Abrogation of Article 370 which grants special status to the state of Jammu and Kashmir has been a long standing promise of the Bharatiya Janata Party. With Modi in his second term, that too with a landslide victory, the demands for full integration of Jammu and Kashmir in Indian union have only become stronger. With radical Islamist groups like ISIS spreading their influence in South Asia, specifically Kashmir, solving the Kashmir issue wouldn’t be a simple task.

It is to be seen whether muscular response to Pakistan for fuelling troubles in the state, a strong mandate at the centre, and rising popularity of BJP in the valley will wither intensify or alleviate the Kashmir problem.

The intelligence agencies across the world have been pointing out that after the fall of caliphate in Middle East, not only the dreaded terror-group ISIS is targeting South Asia, but also the fighters returning back home are suspected of creating sleeper cells and radicalising local youths.

Recent Easter attacks in Sri Lanka were only a proof of the looming threat of radical Islam in the region. Several terror-groups have been busted in the country in previous term of the Modi government, but more pro-active approach is required to stem the circulation of inflammatory material including speeches by religious leaders.

The fact that most ISIS sympathisers who went to fight for the caliphate were urban middle class, educated youth, makes the task even tougher.