‘Rafale Is A Game Changer For Us, We Need It Desperately’: Indian Air Force Chief B S Dhanoa Hails SC Order 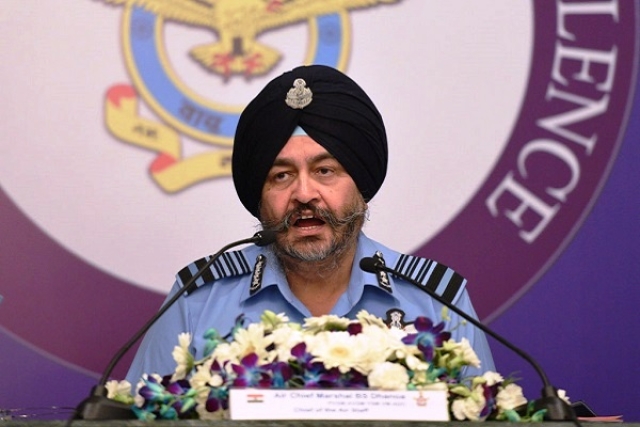 Air Chief Marshal B S Dhanoa on Wednesday (19 December) called Rafale a game changer and said that the Supreme Court has given a “fine judgement” on petitions against the deal with France on the military aircraft, Press Trust of India has reported.

Indian Air Chief Marshal, Birender Singh Dhanoa: Who says we don't need Rafale?The govt says we need Rafale, we are saying we need Rafale, the SC has given a fine judgement, it took us so long that our adversaries have already upgraded their system. #Rafale is a game changer. pic.twitter.com/dKZRgoEsNO

Air Chief Marshal BS Dhanoa welcomed the Supreme Court verdict on Rafale jet deal and said the Indian Air Force needs the fighter aircraft badly. “Who says we don't need Rafale? The govt says we need Rafale, we are saying we need Rafale, the SC has given a fine judgment, it took us so long that our adversaries have already upgraded their system Rafale is a game changer”.

He also cautioned against the politicisation of defence purchases, pointing out that this had earlier led to the delay in the Army’s Bofors acquisition.

"I am not going to comment on the judgement but the Supreme Court has given a very fine judgement. It has also said that this plane is badly needed," he told reporters in Jodhpur.

He said the planned procurement had already taken a long time and during this period India's regional adversaries have upgraded their own defence arsenal.

"We need it, given our strategic scenario", he said.

His remarks on the sidelines of a joint military exercise with Russia come days after the Supreme Court dismissed all petitions seeking a probe into the multi-million dollar 36 Rafale jet deal.

He backed the government's assertion that revealing details on the price of the fully-loaded aircraft would lead to rivals getting to know its capabilities.

He said the taxpayers have the right to know where their money goes, but the Comptroller and Auditor General of India (CAG) was there to ensure that it was being well spent.

Referring to the shortfall in the number of aircraft, Air Chief Dhanoa said the IAF is trying to optimise its resources.