Raising Concerns About Sovereignty And Territorial Integrity, India Refuses To Back China’s BRI Yet Again 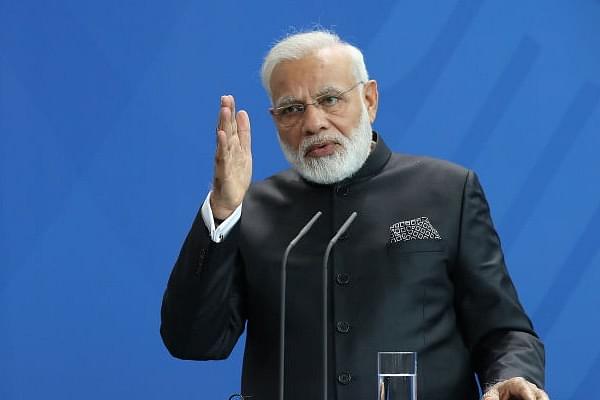 China’s bid to win India's backing for its Belt and Road Initiative (BRI) remained unfulfilled with New Delhi emerging as a lone dissenting voice after two days of talks attended by Prime Minister Narendra Modi, said a report in the Times of India.

All other members – Russia, Pakistan, Kazakhstan, Kyrgyzstan, Uzbekistan and Tajikistan, besides China – backed it at the end of the 18th Shanghai Cooperation Organisation (SCO) summit in Qingdao. This was revealed in the 17-page Qingdao Declaration, which named all member states, except one, as “reiterating support for China’s BRI” project.

Modi, in his address at the summit, spoke of the need to “respect sovereignty” in dealing with infrastructure projects, clearly signalling the government’s objection to a portion of the BRI, the China-Pakistan Economic Corridor, which passes through Pakistan-occupied Kashmir.

"India welcomes new connectivity projects that are inclusive, sustainable, transparent, and those that respect the sovereignty and territorial integrity of nations," Modi said.

China had unveiled the BRI in 2013 with an aim to link Southeast Asia, Central Asia, the Gulf region, Africa and Europe with a network of land and sea routes.