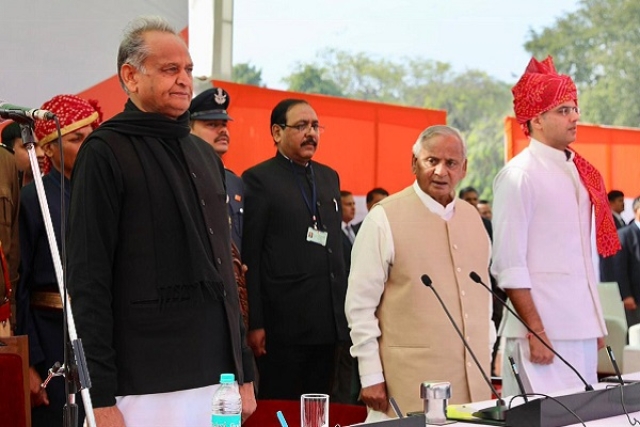 The swearing-in ceremony in Rajasthan (@INCIndia/Twitter)

Jaipur’s iconic Albert Hall on Monday (17 December) became the venue of the swearing-in of the new Rajasthan government with Ashok Gehlot becoming the Chief Minister and his deputy being Sachin Pilot, reports Business Standard.

This development comes days after supports of Pilot rampaged on the streets demanding that he be made the Chief Minister.

As per the report, over 2,000 VIPs and 11,000 others were invited to the swearing-in ceremony, with the guest list including many opposition leaders.

Discarding the usual tradition of organising the swearing-in at Raj Bhavan, the Congress chosen Albert Hall as the venue. The former chief minister Vasundhara Raje had taken oath in Janpath, outside the Rajasthan Assembly building in 2003 and 2013.