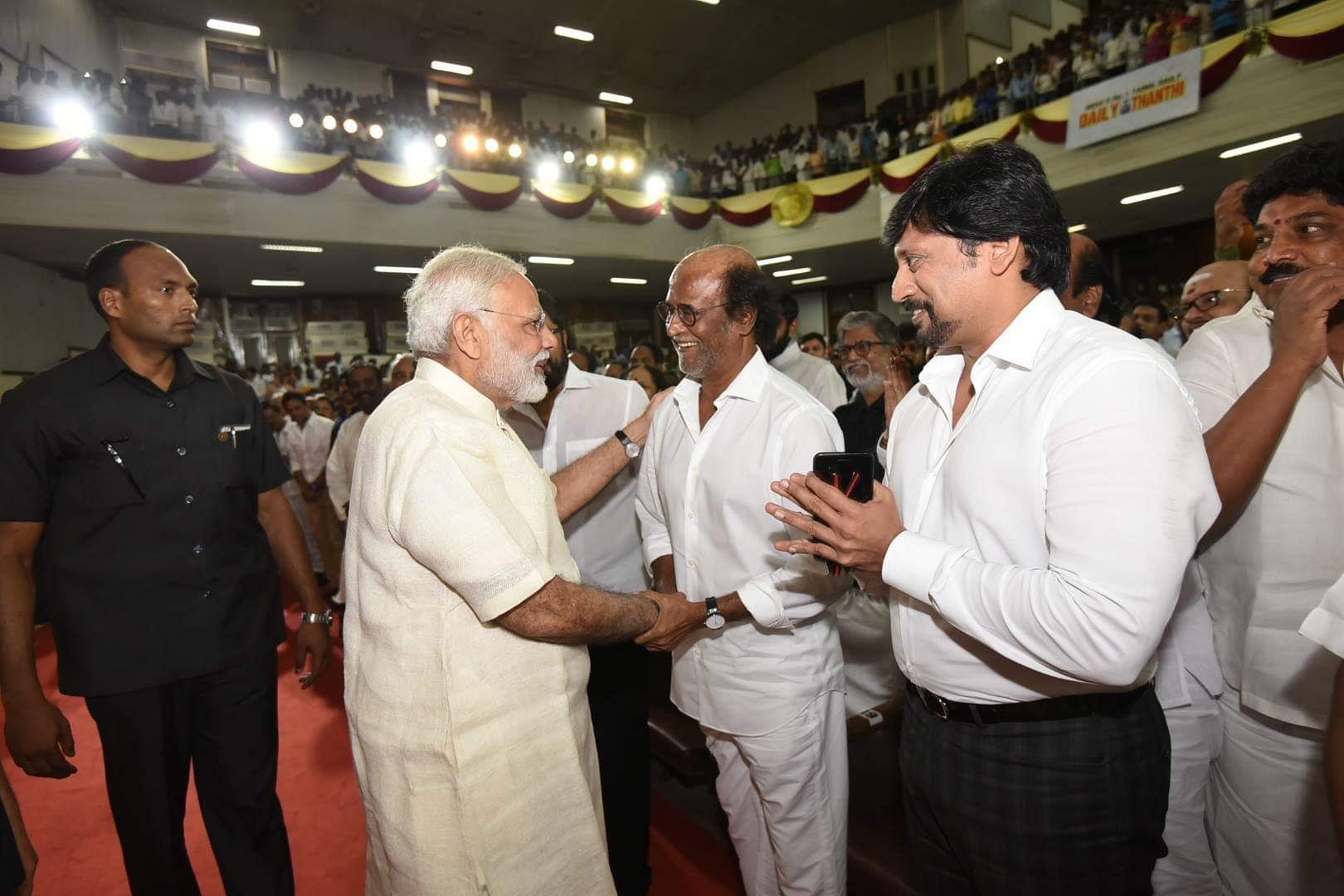 Leading Tamil actor Rajinikanth today (Apr 9) ruled out support to any political party including Kamal Haasan’s Makkal Needhi Maiam in the upcoming Lok Sabha polls but praised the BJP manifesto for its commitment to interlink the country’s rivers .

Specifically responding to the question whether he would extend support to Kamal’s party, Rajini said he had already made his political stand clear and there was no change in it.

Rajinikanth also made a plea to the media not to sensationalize the issue and spoil his relationship with Kamal Haasan. “I made my political stand very clear as far as this election is concerned. Don’t try to create enmity between me and Kamal Haasan.”

Rajinikanth was addressing mediapersons at his residence in Poes Garden before leaving for Mumbai to shoot for his movie Darbar.

“I had discussed about interlinking of rivers of with former prime minister Vajpayee. I am happy to see that it has been mentioned in the BJP manifesto. Interlinking of rivers will bring a solution to poverty and bring employment to many people. I cannot talk much about this as it is election time,” he added.

Earlier last year, Rajinikanth had announced his political entry with great fanfare including unveiling the logo and website of his proposed outfit. However actor shelved his plan to contest Lok Sabha polls and has hinted that he may take the plunge during the state assembly elections.