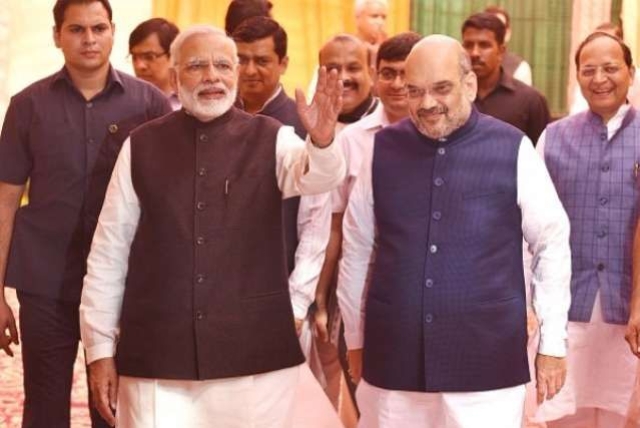 The Bharatiya Janata Party (BJP) is set to bolster its presence and heft in the Rajya Sabha by adding nine seats to its current tally of 75 members, while also boosting the overall tally of the National Democratic Alliance (NDA) in the Upper House to 100 seats, reports Times of India.

The development comes as the Upper House is set to witness elections for 24 seats being held on 19 June. The boost in its seats would come after the party had witnessed its strength in the House fall from 81 to 71 seats after the biennial polls which were held in March this year.

With a hundred seats being held by the members of NDA alliance, the coalition will still fall short of a majority in the House by 22 seats. However, the shortfall is unlikely to significantly impact the passage for Government's legislations in the upcoming Monsoon session as the four nominated members of the House are also invariably likely to be on board with it.

It should be noted that of the 24 seats which are set to go for polls, elections for 18 were supposed to be held in March, but were deferred due to the disruption caused by the COVID-19 pandemic.