‘Rake In India’ Safe, Not Sorry: In Two Years, Railways Produces More LHB Coaches Than It Did In 17 Years 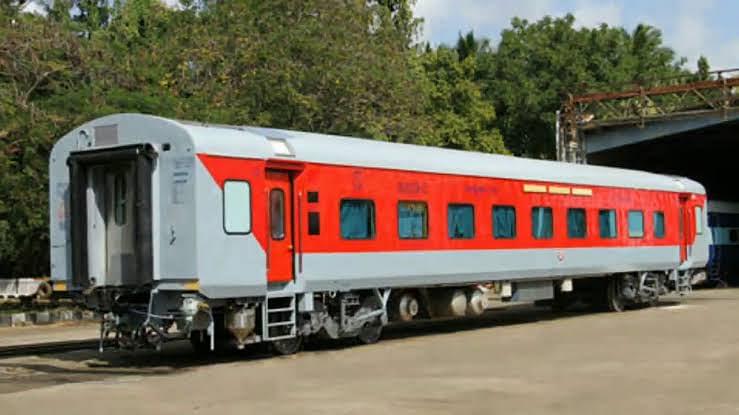 Indian Railways has manufactured more LHB (Linke Hofmann Busch) coaches in the last two years than it did in the first 17 years since their introduction, Financial Express has reported.

According to Indian Railways, the production numbers of LHB coaches in the last two years exceeded the combined production of LHB for the first 17 years since its introduction in 2002.

The “ICF” in the name stands for Integral Coach Factory, the organisation that has designed and produced coaches since the 1950s. While there have been design inputs from abroad and continuous improvements made over the years, the coaches themselves have been particularly notorious for resulting in high casualty figures during train derailments, given the lack of safety features and design vulnerability.

Back in 1995, contracts were issued to Linke-Hofmann-Busch, now Alstom LHB GmbH, of Germany to design, produce and offer technology transfer for a new generation of coaches. These coaches have since been referred to as LHB bogies or coaches.

LHB coaches are significantly safer than ICF coaches for multiple reasons, including the superior design of the ‘couplers’, which help join two coaches to form a rake. The coupler design prevents ‘climbing’ or piling up of coaches during accidents. There are several other safety features known to altogether make the LHB coaches significantly safer than the ICF coaches. In view of the multiple accidents over the years, the railways has, therefore, repeatedly announced a complete switchover to LHB coaches since the late 1990s.

The trouble, however, is that the railways has inherited a large number of ICF coaches. (According to the latest report, this count is at 50,000, although the actual figure could be slightly lower.) Despite the obvious safety advantages of LHB coaches, the production agencies, that is, the coach factories, have continued to produce ICF coaches in large numbers until at least the last year.

Piyush Goyal-led Indian Railways hopes to replace all old ICF-design coaches with LHB ones in the coming years.

Historically, the reluctance to move away from ICF to LHB coaches may have to do with three reasons.

1. Inability or unwillingness to build production facilities for LHB coaches and dismantle those for the ICF ones.

2. Many of these coaches have a useful life of over 20 years. So the railways might be reluctant to decommission useful assets before they’re done for. We are after all talking of assets worth in excess of Rs 50,000 crore (calculated at scrap values of Rs 1 crore per ICF coach).

3. The cost. Writing in Swarajya in 2014, NITI Aayog member Bibek Debroy had provided a ball-park figure of Rs 3 crore for an LHB coach and only Rs 1.5 crore for an ICF one. At a cost difference of Rs 1.5 crore and a production of approximately 3,000 coaches a year, the overall cost difference would come up to Rs 4,500 crore for the Indian Railways per year. And this is only considering replacement without accounting for new requirements. Nevertheless, the fact that the railways has been producing older, relatively less safer coaches for more than one-and-a-half decades since newer technologies emerged tells us about the organisational issues the Indian Railways is plagued with.