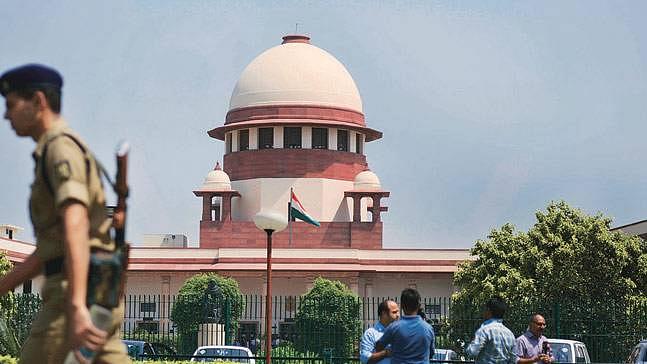 The court rapped Rajeev Dhavan, who was representing a Muslim party in the case, for using the term ‘Hindu Taliban’, The Hindu reported.

Dhavan, during the hearing, tried to draw parallels between the Taliban and the Kar Sevaks, calling the latter "Hindu Taliban".

Chief Justice of India Dipak Misra and advocates present during the hearing objected to the use of the term, calling it inappropriate.

"Such adjectives should be used outside, not inside the court," the bench cautioned the lawyers, asking him to maintain the decorum.

"You destroyed temples," one of the lawyers said, demanding Dhavan should take back his objectionable comment.

The bench reserved the verdict on referring the case to a larger bench.

The apex court had heard submissions by the Hindu groups in May. Relying on a 1994 judgement, they had argued that a mosque is not an integral part of Islam.

A three-judge bench comprising of Chief Justice of India Dipak Misra and Justices Ashok Bhushan and S Abdul Nazeer is hearing the matter.

A three-judge bench of Allahabad High Court had given a 2:1 majority judgement had partitioned the disputed land into three equal parts. Each part was given to one party, namely- the Sunni Waqf Board, the Nirmohi Akhara and Ram Lalla.