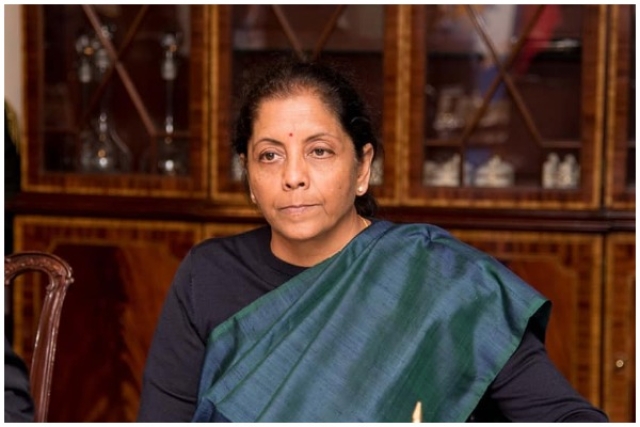 The Finance Minister Nirmala Sitharaman said in her budget speech today that the skills of Saraswati Sindhu civilisation are remarkable.

She said that the government aims to establish an Indian Institute of Heritage and Conservation under Ministry of Culture for the acquisition of knowledge in disciplines such as museology, and archaeology.

The finance minister also announced five archaeological sites would be developed as iconic sites with on-site museums. They are Rakhigarhi in Haryana, Hastinapore in Uttar Pradesh, Shiv Sagar in Assam, Dholavira in Gujarat, Adichannalur in Tamil Nadu, the finance minister informed.

“I spoke about the Sindhu-Saraswati civilisation. A maritime museum will be set up in Lothal. A harappan-age maritime site neat Ahmadabad by the Ministry of Shipping”.

The usage of the word “Sindhu Saraswati” for the Harappan civilisation rattled many, who have accused the Hindu Right of trying to “saffronise” the history lessons.

By a matter of sheer luck, the first site of the civilisation was discovered in Harappa in the present day Pakistan, and led to the initial digs being focused on the Indus Valley.

However, as the exploration increased, it became clear the a significant number of the sites were present in the Saraswati valley and to its east.

In his book The Lost River: On The Trails Of Saraswati, published in 2011, Michel Danino quotes extensive research to show that a large number of Harappan Civilisation sites are located in the Ghaggar-Hakra basin, that is, the Saraswati basin, as well as in the region between Yamuna and Ganga.

Thus it can be concluded that, one, since the civilisation extended much beyond the Indus Valley in the east, and should be rightly called the Indus-Saraswati civilisation.

Two, the presence of large number of sites with a significant size shows that the region wasn’t ‘colonised’ by the civilisation arising from the Indus Valley, but was very much a part of the process that culminated in the rise of Harappan urban civilisation.

This is also corroborated by the presence of a diversity of the ‘local cultures’ in Baluchistan, Gujarat, Saraswati basin and the Indus Valley itself.

The lack of archaeological evidence of a centralised authority like a King with palaces, army, weapons, warfare etc along with the great urban infrastructure, also bolsters the decentralised development of the civilisation.

Some scholars propose that the civilisation was governed by “a confederacy of regional powers with common culture and common trade interests, but each with its own regional stamp”. Therefore, “trade and religion, rather than the instrument of authority were the real instruments of authority”.

Danino notes that this kind of decentralisation, community-based distribution of power continues to be visible in Indian society to this day. Indeed, the characteristic “unity in diversity” of India is visible in the Harappan civilisation.

Danino also points out that the changes in site distribution occurring between the Mature and Late Harappan period also matches the disappearance of the central portion of the Saraswati river, caused partly by eastward capture of the Yamuna, and partly by moving away of Sutlej to join Beas instead.

Also read: Saraswati River As Described In Rig Veda Did Exist: What Latest Research Means For IVC And Aryan ‘Invasion’