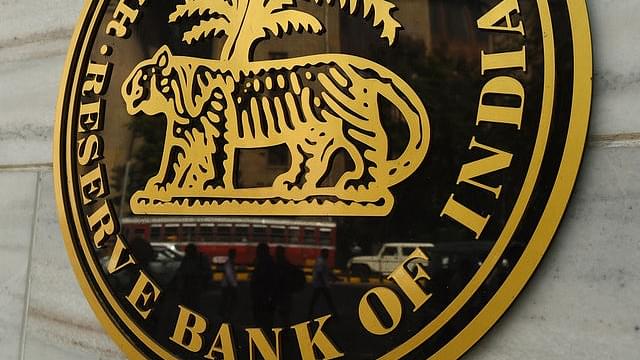 The Reserve Bank of India headquarters in Mumbai. (GettyImages)

The Reserve Bank of India (RBI) on Thursday announced that it is removing Bank of India and Bank of Maharashtra from its prompt corrective action plan (PCA) for state-owned banks loaded high levels of bad debt and inadequate capital, Bloombergquint reported.

The RBI also removed another state owned bank Oriental Bank of Commerce from restrictions under the PCA framework, but said it will monitor the bank closely.

PCA is regulatory systemic control imposed on the banks showing signs of weaknesses in critical areas – capital, asset quality and profitability. It will impose closer tracking of – capital to risk-weighted assets, common equity tier (CET)-I, net NPA ratios and ROA by the regulator. I

Under RBI’s PCA policy, 11 public sector banks and one private one were asked between February 2014 and January 2018 to shrink lending to all but retail customers. They also were asked to curtail branch expansion and scrap dividends.

"Bank of India and Bank of Maharashtra, which meet the regulatory norms including the Capital Conservation Buffer and have net NPAs (non performing assets) of less than 6 percent as per third quarter results, are taken out of the PCA framework," the RBI said in a statement.

On a review of the performance of Public Sector Banks (PSBs) currently under the Prompt Corrective Action Framework (PCAF), it was noted that a few banks are not in breach of the PCA parameters as per their published results for the quarter ending December 2018, except Return on Assets (RoA). However, though the RoA continues to be negative, the same is reflected in the capital adequacy indicator. These banks have provided a written commitment that they would comply with the norms of minimum regulatory capital, Net NPA and leverage ratio on an ongoing basis and have apprised the Reserve Bank of India of the structural and systemic improvements that they have put in place which would help the banks in continuing to meet these commitments. Further, the Government has also assured that the capital requirements of these banks will be duly factored in while making bank-wise allocations during the current financial year.

Taking all the above into consideration, it has been decided that Bank of India and Bank of Maharashtra which meet the regulatory norms including Capital Conservation Buffer (CCB) and have Net NPAs of less than 6% as per third quarter results, are taken out of the PCA framework subject to certain conditions and continuous monitoring. In the case of Oriental Bank of Commerce, though the net NPA was 7.15%, as per the published results of third quarter, the Government has since infused sufficient capital and bank has brought the Net NPA to less than 6%. Hence, it has been decided to remove the restrictions placed on Oriental Bank of Commerce under PCA framework subject to certain conditions and close monitoring.RBI will continuously monitor the performance of these banks under various parameters.

The RBI's board for financial supervision chaired by governor Shaktikanta Das took the decision at its meeting on Thursday after reviewing the latest quarterly performance of all 11 banks on the PCA list.

Bank of India's net non-performing assets fell to 5.87 per cent in the October-December quarter from 7.64 per cent in July-September. Its capital adequacy ratio improved to 12.47 per cent from 10.93 per cent.