‘Red Scarves’ Versus The ‘Yellow Vests’: 10,000-Strong Counter-Demonstration To Anti-Government Violence In France 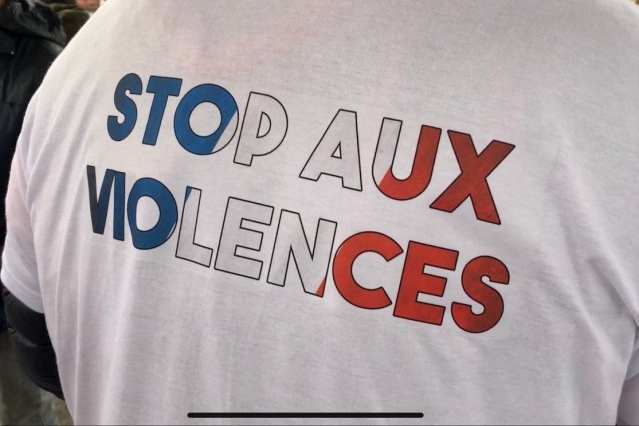 A participant of the ‘Red Scarves’ movement. (pic via @CindyPom/Twitter)

In what is being referred to as the ‘Red Scarf’ movement, Paris on Sunday (27 January) witnessed a 10,000-strong demonstration against sporadic violence which has been part of anti-government ‘yellow vest’ protests that have been taking place throughout France for the last 11 weeks, reports Deccan Chronicle.

Braving rainfall, the protesters marched from the Place de la Nation square to the Bastille monument, chanting slogans such as, “Yes to democracy, no to revolution”.

The centrist counter-protest movement is the initiative of a Toulouse-based engineer who was appalled at the routine outbreaks of violence at ‘yellow vest’ demonstrations. The movement gets the ‘red scarf’ name due to scarves of that colour being worn by many of its protesters.

The yellow vest movement was itself dubbed so due to protesters from that movement donning yellow vests which had become ubiquitous in France after regulations made them mandatory for all French drivers.

Participants in the movement say that they are with the yellow vests in their demands like improving conditions for France’s poor, but were opposed to the frequent clashes and destruction resulting from such protests.

A senator from President Macron's centrist party Francois Patriat stated, “It's not a protest against the yellow vests -- it's a protest to say, you've made your demands, we are listening to them.”

The counter-demonstration comes one day after another yellow vest protest took place in Paris. A well known anti-government activist was badly wounded due to what is claimed to be a police rubber bullet hitting his eye. The use of such weapons has drawn condemnation and ire from various sections of the public.