Rhea Chakraborty Named As Drug Procurer By Her Brother Showik, Latter Arrested Along With Samuel Miranda 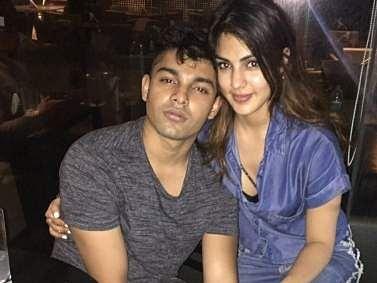 Actor Rhea Chakraborty who is the main accused in the Sushant Singh Rajput death case has been named as the 'drug procurer' by her brother Showik during his interrogation by the Narcotics Control Bureau (NCB), Times of India has reported.

The Narcotics Control Bureau on Friday night (4 September) arrested brother Showik and Sushant Singh Rajput's house manager Samuel Miranda as part of its probe into the drug angle in the Bollywood star's death.

According to NCB officials, the duo was arrested after 10 hours of questioning and after the agency got adequate evidence against them about their involvement in the drug case.

The NCB had also told a court that Showik used to order ganja and marijuana from drug-peddler Abdul Basit Parihar, who has been arrested, and made payments to him over Google Pay.

The NCB registered a case under various sections of the Narcotic Drugs and Psychotropic Substances Act, naming Rhea, her brother, talent manager Jaya Saha, Sushant's co-manager Shruti Modi, and Goa-based hotelier Gaurav Arya, on 26 August after the Enforcement Directorate wrote to it about the drugs angle.