Robert Vadra Claims Having Developed Tumour In Intestine, Asks Court To Be Allowed To Fly To London For Treatment 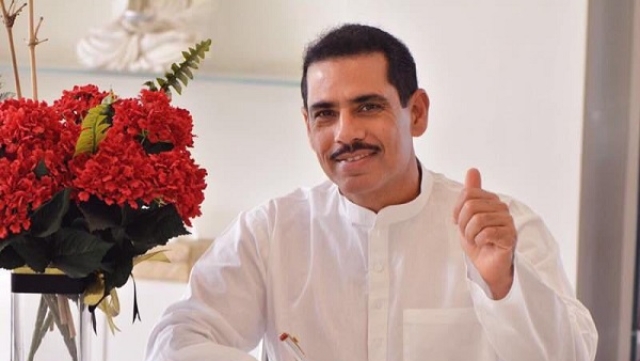 During a hearing before a special CBI court in Delhi today ( 29 May), Robert Vadra claimed that he needed to fly to London for diagnosis and treatment after having developed a tumour in his large intestine, reports India Today.

Vadra submitted a medical certificate as proof of the same and appealed for his passport to be returned to him. The court has reserved its order on the issue for 3 June.

Vadra’s counsel K T S Tulsi contended that his client has been fully willing to cooperate in the Enforcement Directorate’s investigation, and it cannot be argued that he would flee.

The prosecution advocate rejected these contentions and asked that if the certificate had been issued on 13 May, as the date on it mentioned, why hadn’t it been produced before the court earlier.