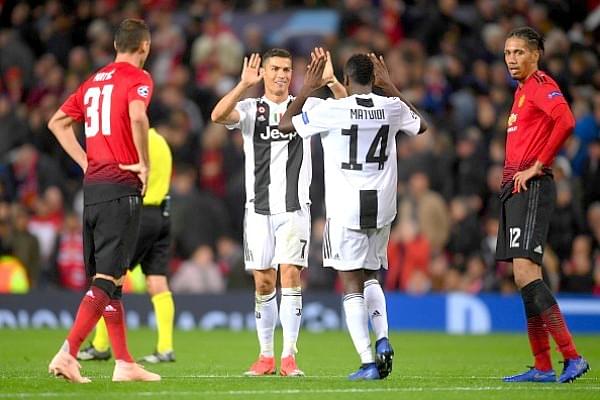 On an emotional night for Manchester United fans and the Juventus number seven, it was Argentine Player Paulo Dybala’s strike that was the difference between the two famous clubs.

The last time United faced Ronaldo in a competitive match, he scored the goal which sent Alex Ferguson’s United out of the 2012-13 Champions League. This time around the Red Devils successfully held back Ronaldo, but could not stop Dybala from putting the ball inside the United goal at the seventeenth minute.

Hereâs another look at Dybalaâs goal!

His close range finish after Ronaldoâs cross proved to be the winner at Old Trafford.#Dybala #Juventus #MUFC #UCL

Juventus midfield controlled the game with 61 per cent possession but could not put the ball behind De Gea, who kept United in the game with an outstanding save of a sensational strike heading to the right top corner from Ronaldo.

On the other end, United hardly troubled the Polish shot-stopper ‎Wojciech Szczesny until Paul Pogba’s effort against the post, 15 minutes to the end. The Bianconeri defence which was helped by Lukaku’s wastefulness, who now has not scored a goal since 15 September.

Szczesny, who has had haunting memories at the Old Trafford, would be happy to return to Turin with a clean sheet this time and more importantly 3 points for Juventus as they top the Group H. Manchester United sit second with four points after three games played and will still be confident of qualifying to the knockout round.