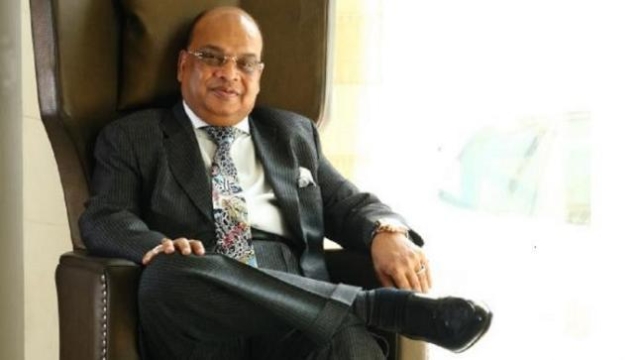 Rotomac Global owner Vikram Kothari and his son Rahul were on Thursday arrested by the Central Bureau of Investigation (CBI) in connection with the company’s Rs 3,695 crore loan default, the Times of India has reported.

According to reports, Kotharis were arrested because they did not cooperate with CBI despite four days of sustained questioning. The owner and his family have been accused of defaulting on Rs 3,695 crore in loans taken from a consortium of seven banks including Bank of Baroda, Union Bank of India, Allahabad Bank, Bank of India, Oriental Bank of Commerce and Indian Overseas Bank. Earlier, the investigating agency had raided their residential and office premises in Kanpur.

Kothari and his family have denied any wrongdoing. "Yes, I took a loan from the bank but its wrong information that I haven't paid," Kothari has said.

While Kothari is the Chairman and Managing Director of Rotomac, his wife and son are Directors of the company.

Kothari could be taken to Lucknow to be produced before a special court to seek remand. On Wednesday, he was taken to Delhi from Kanpur for questioning. Till According to CBI, the loans were granted to Kothari beginning 2008. The loans were meant for importing wheat among other products, but the money was allegedly diverted in most cases.

“The credit sanctioned and disbursed to the company was utilised for purposes other than executing export orders,” the CBI FIR said.

In February last year, he was declared a wilful defaulter.

The income tax department on Wednesday attached four immovable properties of the Rotomac group. The department has also attached 15 bank accounts belonging to the Khotaris in various branches across Uttar Pradesh.Tuesday, CBI had questioned him at his house in Kanpur.