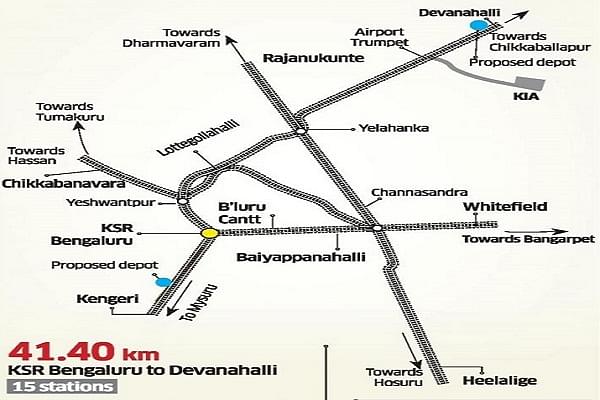 In what comes as a huge relief to citizens of the the city, the long awaited Bengaluru Suburban Rail Project has been cleared by the Extended Board of Railways (EBR) today evening.

The approval was given during a meeting of extended railway Board that included members from the Union finance ministry, Niti Aayog and the ministry of statistics and programme implementation.

The proposal is likely to be soon placed before the cabinet and approval secured within a month.

The finally approved DPR saw a reduction of 29 stations and as much as 13-km distance as compared to a plan submitted in November 2018.

Central Bengaluru MP P.C Mohan who has energetically camapigned for the project confirmed the approval.

Minister of State for Railways Suresh C Angadi said that he will make all efforts to ensure the project is brought to fruition at the earliest.

In order to fast track the #BengaluruSuburbanRail, the Extended Railway Board met today & has given its clearance.

In this regard, I assure the people of Bengaluru that Shri @PiyushGoyal Ji & I shall make all efforts to ensure the project is brought to fruition at the earliest.

Also read : Explained: As Political Will Grows For Bengaluru Suburban Rail Network, Here’s All About The Critical Project