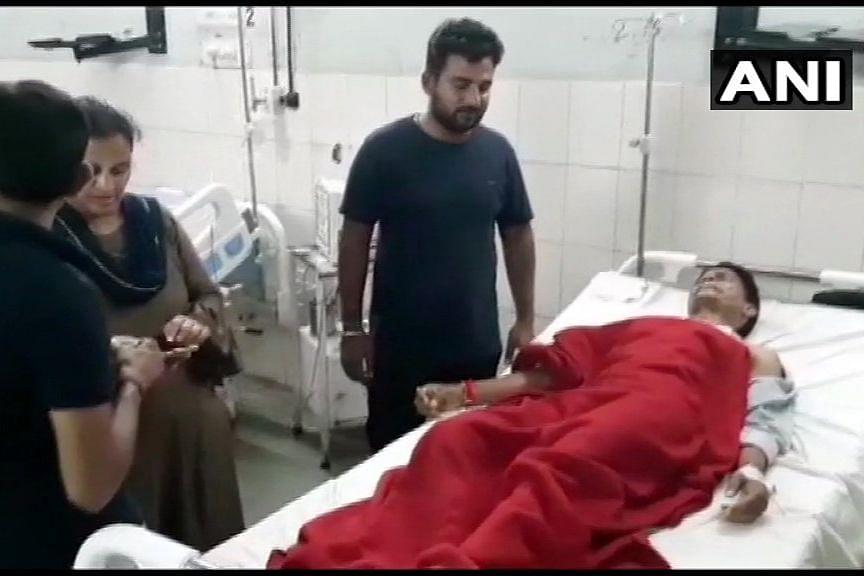 A Rashtriya Swayamsewak Sangh (RSS) activist was attacked in Rajasthan’s Kota district over celebrating the abrogation of Article 370, which ended the special status of Jammu and Kashmir, the police said on Thursday (8 August), reports The New Indian Express.

According to the report, after Centre announced the bifurcation of J&K, Sandeep Gupta had celebrated with firecrackers in Ramgunj Mandi following which he was reportedly beaten up brutally the next day by five youths.

Sandeep has been admitted to a Jhalawar hospital after the incident. The police have arrested three men for assaulting Gupta after his father Girdharilal filed a complaint.

"My son was hit hard in his stomach and head. We were informed about the attack by his friends," Girdharilal was quoted in the report as saying.

As per the report, Sandeep’s friend Himashu said that few boys stopped Sandeep when he was on the road and started beating him.

"Sandeep tried to run away but another group of boys overpowered him and hit him in stomach and head leaving him unconscious for two hours,” Himanshu said.

“When he gained consciousness, he could not speak for few hours. We had fired crackers in a group but he was made the victim when he was going alone", he added.