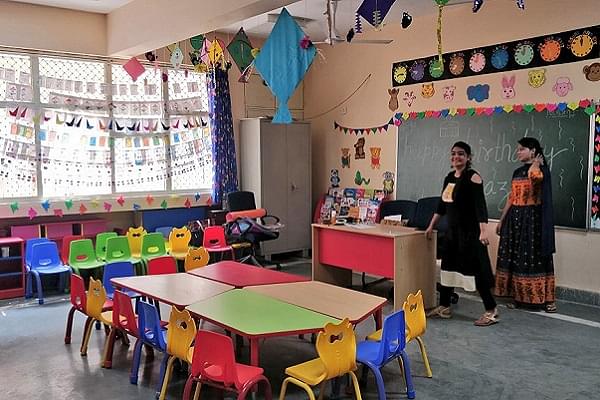 A classroom in Delhi (@education_delhi/Twitter)

Contending that the current working hours of teachers in Delhi government and local authority schools are violative of the Right to Education Act, a petition in the Delhi High Court called for extending the working hours to seven-and-a-half hours, reports Indian Express.

A civil society organisation, Justice for All has challenged 20 May 2014, circular by the Directorate of Education (DoE) mandating the working hours for teachers in government and government-aided schools in Delhi at six hours for double-shift schools and six-and-a-half hours for single-shift schools.

A bench consisting of Justice Rajendra Menon and Justice Kameshwar Rao took up the matter and has sought responses from the respondents, the civic bodies, the Delhi government’s education secretary and the Government Schools Teachers’ Association. The next hearing is on 30 January.

The RTE Act on standards and norms for a school mandates the minimum working for teachers to be 45 hours per week, including preparation time that comes to seven-and-a-half hours per day for a working week of six days.

A new order was issued three days later, keeping the earlier order on hold until the next academic year, citing the need for more infrastructural facilities such as extra staff rooms and furniture needed to be arranged before enforcing the extended working hours.