Safety Is Not Just The Buzzword; Indian Railways Uses Sound Of Bees Buzzing To Keep Elephants Off Railway Tracks 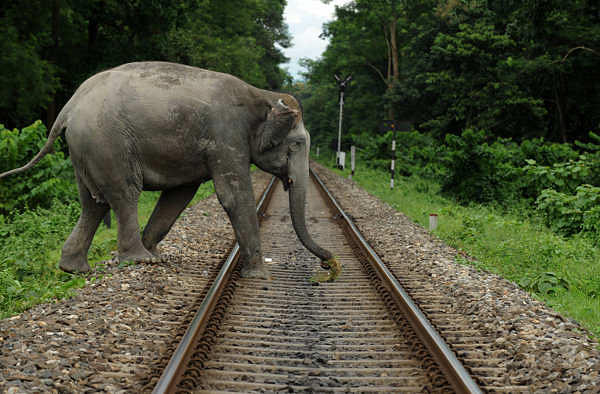 Cases of elephants dying after being hit by an oncoming train might soon be a rare occurrence. The Northeast Frontier Railway (NFR) has been playing the sound of buzzing bees that was downloaded off the internet to ward of pachyderms from straying onto tracks, according to a report by the Press Trust of India.

Implemented in 2017 across four divisions where elephant crossings are located, the system has proven effective with the number of elephants killed in train collisions coming down to six in 2017 from 19 in 2013.

The system was first tested in the Rangiya divison with an electronic buzzer that emits a sound similar to that of bees. The subsequent success led to it being adopted in other regions.

Similar mechanisms to keep elephants of tracks exist across the globe, notably in Kenya where boutique beehives are hung from fences next to the tracks. The buzzing system has been the most effective method so far in India where electric fences and chili bombs have been tried out.

The device costs Rs 2,000 to assemble and broadcasts audio as far as 600 m away (audible to elephants). It operates using sounds downloaded off the internet.

Apart form all this, the Railways has imposed temporary speed restrictions across 109 km in different stretches where trains travel at 20-25 km/hr.