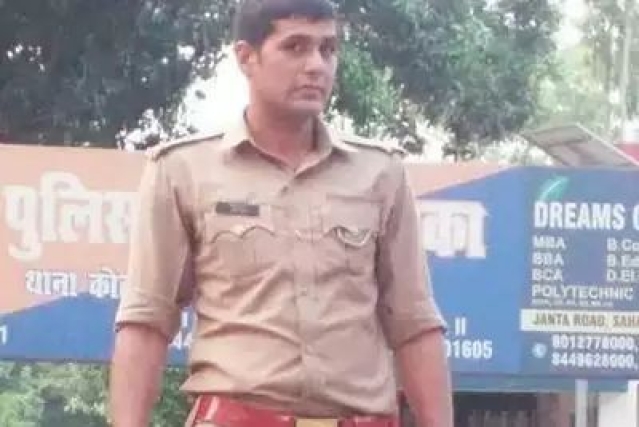 Uttar Pradesh Chief Minister Yogi Adityanath has praised the indomitable courage of UP Police constable Vatan Pawar who was injured in an encounter with cow slaughters in Saharanpur, reports OneIndia News.

CM Yogi tweeted (as translated from Hindi), “Policeman Shri Watan Pawar Ji posted in Saharanpur has shown indomitable courage and unwavering dedication in discharge of his responsibilities and his conduct is highly appreciated. I pray to Prabhu Shri Ram for his speedy recovery.”

It should be noted that the incident occurred on 21 May last month in Ghana Khandi village of Saharanpur district of Uttar Pradesh. The police had reached the spot following a tip of cow slaughter in the area. The smugglers fired at the police but constable Vatan Pawar caught hold of one of the smugglers. The constable was attacked with a knife three times. The police fired in self-defence, injuring one of the smugglers. The accused name Virasat was later taken to the hospital where he was declared brought dead.

The injured constable Pawar was later referred to Deharadun’s Jolly Grant hospital where he is undergoing treatment.