Saudi Arabia Recognises Yoga As Important Sports Activity, To Take India’s Help In Promoting It Across The Country 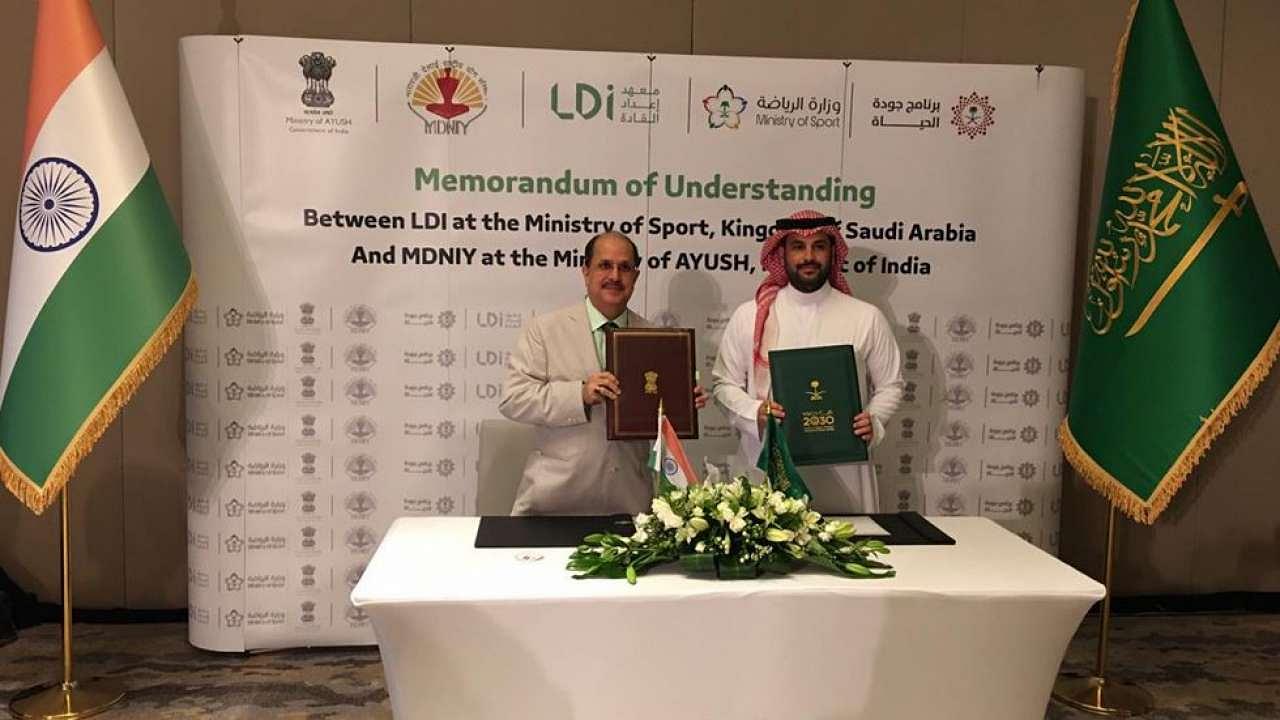 Saudi Arabia has signed a memorandum of understanding (MoU) with India regarding the institution of a formal ‘yoga protocol’ to promote yoga in the country.

Experts along with Saudi Arabia’s ministry of sports will be deftly designing the protocols for the gulf nation considering certain local sensitivities prevalent over there.

Accordingly, the concerned ministry has officially recognized yoga as a form of sporting activity though it has been permitted in the country since November 2017 itself.

The MoU will make way for collaboration for research, education and coaching in yoga with individuals going through specific exams and evaluation to become formally certified trainers.

The MoU has been signed between the Morarji Desai National Institute of Yoga, Ministry of AYUSH, Government of India and the Leaders Development Institute, Saudi ministry of sports, Kingdom of Saudi Arabia.

It was in the works for the past six-seven months and was signed by India's ambassador to Saudi Arabia Dr Ausaf Sayeed and Abdullah Faisal Hammad, who is the Director General of the Saudi sports ministry’s Leaders Development Institute.

Subsequently, a Saudi Yoga Committee has been formed and empowered as an independent federation for the purpose, just like other sports associations.

Nouf Marwaai, known as the first Saudi Yogacharya and a Padma Shri recipient, will be heading this committee, WION reports.