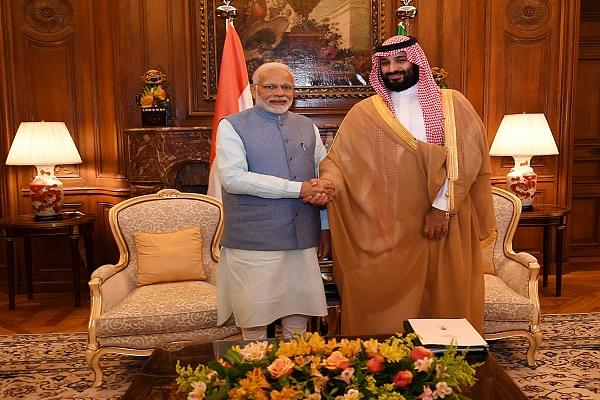 Saudi Arabia has released a 20 Riyal banknote to commemorate its presidency of organising the G-20 Summit on 21-22 November.

Livemint has reported that the world map presented on the note does not display Gilgit-Baltistan and Kashmir in the Pakistani territory. Pakistan occupied Kashmir (PoK) activist Amjab Ayub Mirza tweeted about this issue on Wednesday.

The report states that Saudi Arabia seems to be adjusting to its new bloc, coming on better terms with India and distancing Pakistan simultaneously. In August, Imran Khan’s government had released a new political map that claimed the Indian territories of Junagadh, Sir Creek, Jammu and Kashmir along with Ladakh to be a part of Pakistan.

In September, reports had emerged that elections will be conducted to the pretended ‘Gilgit-Baltistan Assembly’ on 15 November.

The Minister of External Affairs issued a stern statement over the same, “The Government of India conveyed strong protest to Pakistan Government and reiterated that Jammu and Kashmir and Ladakh, including the so-called Gilgit and Baltistan, are an integral part of India.”