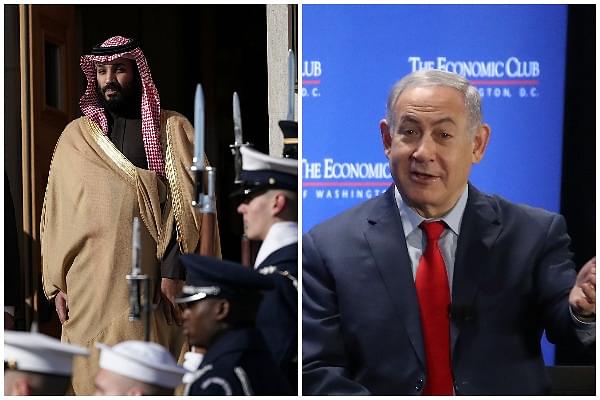 In what could be seen as the slow thawing of hostilities between Arab nations and Israel, Suadi Arabia’s crown prince Mohammed bin Salman has said that the Israelis have a right to a homeland alongside the Palestinians, reports The Telegraph.

When asked if he believed the Jews had a right to their own nation-state, the 32-year old heir to the Saudi throne said that they were entitled to live peacefully in their own land.

I believe the Palestinians and the Israelis have the right to have their own land. But we have to have a peace agreement to assure the stability for everyone and to have normal relations.

The Kingdom of Saudi Arabia is among the 19 Arab League nations that do not recognise the State of Israel. For many years, it has stated that recognition of Israel was dependent on the latter’s withdrawal from lands conquered during the 1967 war – also known as the Six Day War – which the Palestinians want for themselves.

Salman also said that while his country had concerns over the mosque in Jerusalem, it had no objection against other people. He also added that Israel and Saudi had a lot of mutual interests and that peace in the region would result in a lot of interest between the Jewish state and members of the Gulf Cooperation Council (GCC).

The Donald Trump administration in the United States has for some time been putting pressure on the middle-eastern kingdom to lead peace talks with Israel. Saudi was among the nations to publicly condemn the United States’ move to relocate its Israeli embassy from Tel Aviv to Jerusalem. However, Arab officials have reportedly been in talks with Palestinian Authority president Mahmoud Abbas to accept a deal that might lose them East Jerusalem as their capital.

Six Days Which Created A New Israel And The Middle East