Say Chess, Not Politics, Believes Grandmaster Vishwanathan Anand; Does Not Fancy A Career In Statecraft 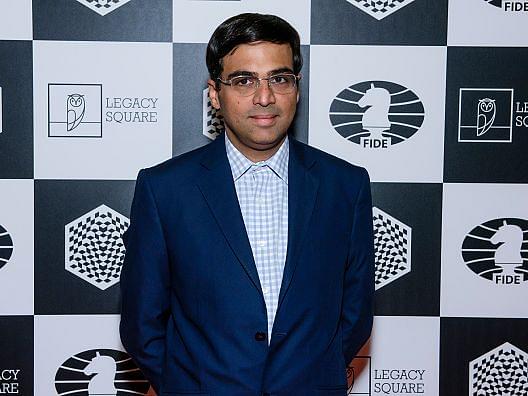 Vishwanathan Anand is a modest person who was responsible for putting Indian chess on the global map and serves as an inspiration to people across all age groups all over the country. The five-time world champion, however, refuses to get involved in politics. He chooses to keep his legacy through chess and wants it to remain that way, reports The New Indian Express.

Unlike influential personalities such as actors Rajinikanth and Kamal Haasan, Anand refuses to join the growing list of celebrities taking the political route. “I can’t see myself becoming a politician. It’s not about compromising… Like chess, you have to be fascinated by politics and, like a sport in general, you need to spend a lot of time before you become successful. Politicians must create a base and campaign endlessly. I can’t see myself doing that. I’d rather spend time on my hobbies, read up a subject which interests me,” he said.

“I have constantly been seeing people switching careers, and that has happened a lot in chess too. I’d say go for it if you have the skills to define something else which engages you… One of the perspectives you have in life when you are nearing 50 is that if something really fascinates and motivates, then go for it. Everybody doesn’t succeed or win, but if the game (of politics) interests you, go ahead,” he added.