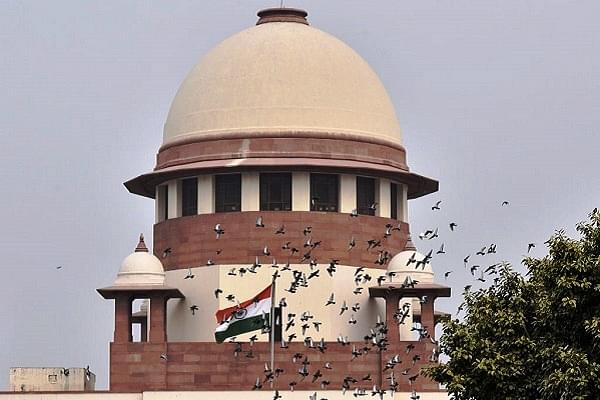 The Supreme Court (SC) will resume hearings on the Ram Janmabhoomi-Babri Masjid title dispute on 10 January, Livelaw has reported.

Today, Supreme Court bench of Chief Justice Ranjan Gogoi and Justice S. K. Kaul stated that a new bench will be created to hear the case, which will hear the case on 10 January. The bench also rejected a petition demanding time-bound hearing on the case.

The apex court had on 29 October last year fixed the hearing on the matter in the first week of January before an "appropriate bench". It had also turned down requests for an early hearing on the issue.

In September, the court had refused to refer to a larger bench its 1994 judgement which holds that a mosque is not integral to the practice of Islam. This decision had cleared the deck for the court to continue hearing the title dispute.

The apex court will hear at least 14 appeals filed against the 2010 judgement of the Allahabad High Court which had divided land equally among three parties—the Sunni Waqf Board, Nirmohi Akhara and the ‘Ram Lalla’, represented by the Hindu Mahasabha.

The Ram Temple issue is politically significant, especially for upcoming Lok Sabha elections. However, the court’s verdict is unlikely to be out before the elections, which are expected to take place around April-May.

On Tuesday, Prime Minister Narendra Modi had suggested any decision on an ordinance on Ram temple in Ayodhya can happen only after the completion of the judicial process, during an interview given to ANI.