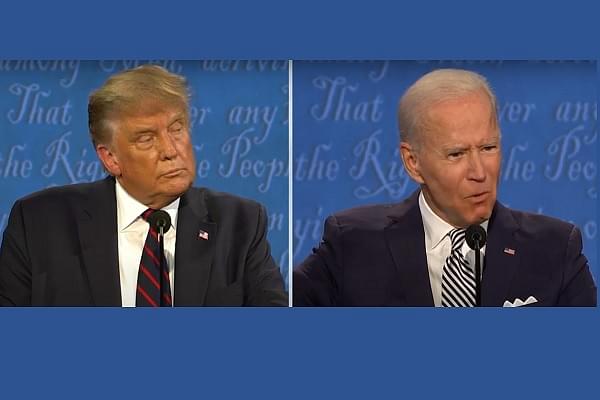 The decision has been taken after President Trump refused to attend a virtual debate as was decided by nonpartisan Commission on Presidential Debates (CPD), mainly to prevent the spread of coronavirus, Hindustan Times reported.

The CPD, in a statement, said, "It is now apparent there will be no debate on October 15, and the CPD will turn its attention to preparations for the final presidential debate scheduled for October 22."

There were three presidential debates planned before the elections on 3 November and the first of them took place on 30 September. The last debate is scheduled for 22 October in Nashville.

Interestingly, the-now-cancelled second debate session was the only one in which the general public was allowed to ask questions from the candidates.

Joe Biden, who served as the vice-president during president Barack Obama's tenure, took a dig on Trump after his refusal to attend the virtual debate.

"It’s shameful that Donald Trump ducked the only debate in which the voters get to ask the questions - but it’s no surprise," Biden campaign spokesman Andrew Bates said.

The move by the CPD to go virtual with the second debate was taken after President Trump and several senior White House officials tested positive for Covid-19.

However, the President called the change in format "ridiculous" and said he would not waste his time in that.

"There is no medical reason to stop the October 15 debate in Miami from proceeding as scheduled, since the President will be healthy and ready to debate," Trump campaign spokesman Tim Murtaugh had said.