Sena-NCP-Congress Leaders To Meet At 4 PM Today Over Government Formation In Maharashtra: Report 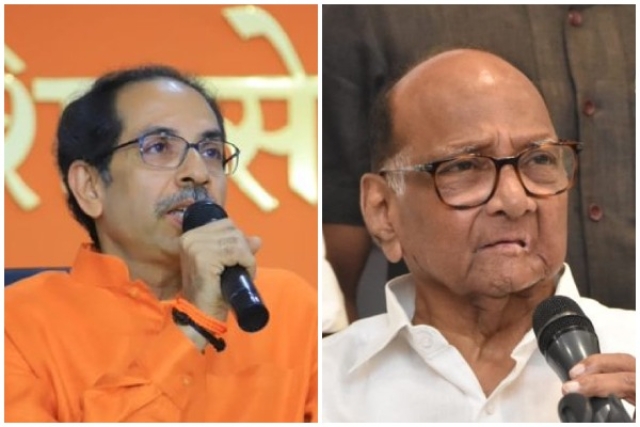 The leaders of Shiv Sena, Congress and the NCP will hold a crucial meeting over the government formation in Maharashtra and then will approach Governor BS Koshyari to stake claim to form government in the state, sources said on Friday (22 November).

An NCP source told IANS, "The meeting of the three party leaders have been called at 4 pm today."

"After the meeting we will approach Governor today evening or tomorrow morning to stake claim to form government in the state," he said.

On Wednesday (20 November) and Thursday (21 November), NCP supremo Sharad Pawar held discussions with the several of his party leaders and Congress leaders to discuss the common minimum programme.

After the meeting on Thursday, Sharad Pawar along with his nephew Ajit Pawar flew to Mumbai and held meeting with Shiv Sena chief Uddhav Thackarey and others late in the night.

On 12 November, President's rule was imposed in Maharashtra after none of the parties was willing to form government.

In 21 October elections for the 288-member Maharashtra assembly, the BJP won 105 seats while its pre-poll alliance Shiv Sena bagged 56 seats. The Congress and the NCP won 44 and 54 seats respectively in the state.

The 30-year old alliance of the BJP and the Shiv Sena broke after Uddhav Thackarey demanded the rotational chief minister formula, a demand denied by the saffron party.