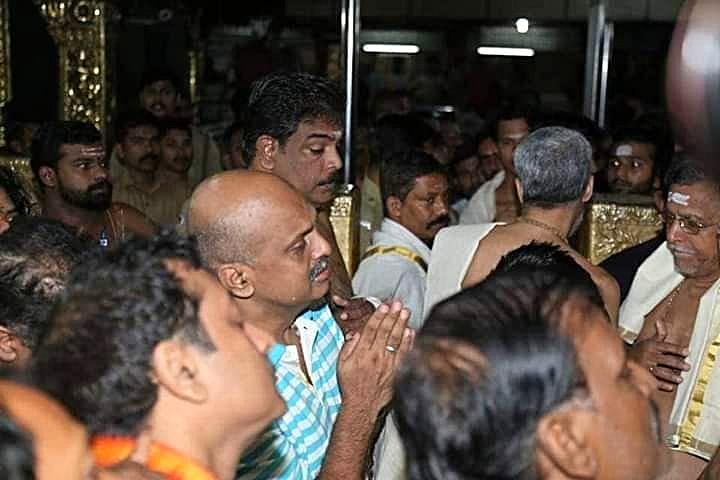 Kerala IGP S Sreejith, who came under severe criticism for escorting activist Rehana Fathima to enter the Sabarimala temple, was reportedly found weeping while offering prayers at the sanctum santorum of the temple, reports Mathrubhumi.

Reports suggest that he was found praying with teary eyes. The photograph captured shows him pleading to the Lord, possibly in ‘repentance’.

The top cop had earlier been under severe criticism from devotees and various other political parties for escorting activist Rehana Fathima and a Hyderabad-based journalist towards the sanctum of Sabarimala.

The Jama’ath council of Kerala also accused him of allowing anti-social elements to don police jackets and lathis, in a statement that declared the expulsion of Rehana Fathima from the Muslim community.

However, he was reported to have explained his position to the protesters after he had offered prayers. He said he was duty bound to implement the Supreme Court ruling while he had escorted the women even though he was a devotee of Ayyappa. “I had to make a difficult choice,” the IG was quoted as saying by various sources. The protesters are reported to have patiently listened to him.