Sessions Timed Out: Trump Fires His Attorney-General Jeff, Calls Him ‘Weak’ And ‘Disgraceful’ 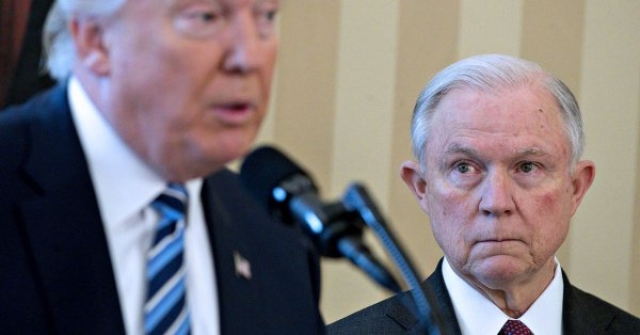 US President Donald Trump has fired his Attorney General Jeff Sessions, the CNN has reported.

"At your request, I am submitting my resignation," Sessions wrote in a letter to White House chief of staff John Kelly.

Sessions’s chief of staff, Matthew Whitaker, will stand in as the Attorney General till a permanent replacement is confirmed, President Trump announced on Wednesday.
Interestingly, Whitaker, a former US attorney for the Southern District of Iowa, believes the Mueller probe is a witch hunt and Mueller has violated the law by looking into Trump's finances and venturing beyond the original scope of the investigation.

Speculation has been rife for months that Trump would fire Sessions. Trump has repeatedly criticised Sessions in interviews and tweets over his decision to recuse himself from the Mueller probe.

Trump began heaping public insults on Sessions ever since the latter recused himself from Special Counsel Robert Mueller’s probe into claims of Russian meddling in 2016 US presidential elections. Sessions recused himself on the grounds that he had misled FBI about contacts he had with Russian ambassador Sergei Kislyak.

Trump described the attorney general as “weak” and “disgraceful”, providing clear indications that Sessions, one of the earliest Republican members who backed Trump, would not survive long in his post.