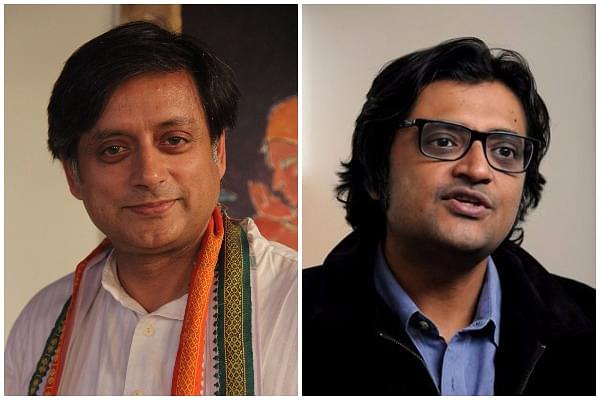 Congress leader and former Union Minister Shashi Tharoor has filed a defamation case against Republic TV founder Arnab Goswami in the High Court of Delhi. Tharoor confirmed this via Twitter today (26 May).

Pleased to confirm this story. We filed today in Delhi High Court. Had enough of his campaign of calumny. https://t.co/ThcI7AHGiu

Goswami had accused Tharoor of being complicit in the death of his wife Sunanda Pushkar in 2014. He had further played audio tapes of various people in conncection with the case on television, which also earned him a legal notice from his former employer.

Goswami had accused Tharoor of running away from the media following which Tharoor took to social media to air his views.

Exasperating farrago of distortions, misrepresentations&outright lies being broadcast by an unprincipled showman masquerading as a journalst