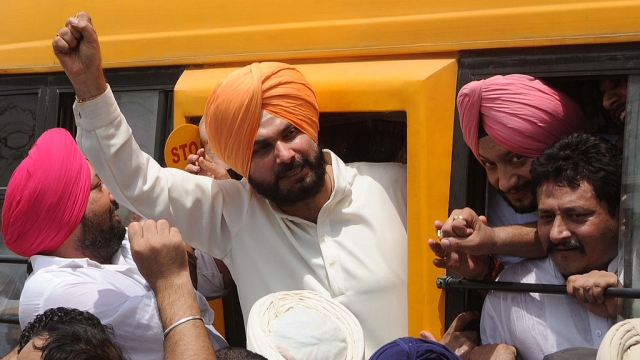 The Shiromani Akali Dal (SAD) on Sunday (5 January) questioned the silence of Congress leader Navjot Sidhu on the hate attack on Sikhs as well as Nankana Sahib in Pakistan.

It said Sidhu had not only belied his love for the Pakistan army and the ISI but had also proved that he was not honest to his own country and to his community.

In a statement here, former minister Maheshinder Singh Grewal said: "It is clear that Sidhu has sold his soul to the Pakistan military establishment and is being used by the ISI to further its anti-India plans."

"This is the reason why he has become a mouthpiece of the ISI and has even turned against his own brethren and their suffering in Pakistan."

Asking Sidhu to explain his silence on the forced conversion of a minor Sikh girl in Pakistan and the subsequent turn of events which have led to death threats to the victim family, stoning of Gurdwara Janam Asthan and even threats to rename the holy city of Nankana Sahib, the Akali leader said "this alone proves where your loyalties lie".

Grewal said no Sikh worldwide could tolerate forced conversions of community members and stoning of its most holy shrines.

"Similarly, they will never forgive those like Sidhu who continue to dance to the tunes of their friends in Pakistan," he added.