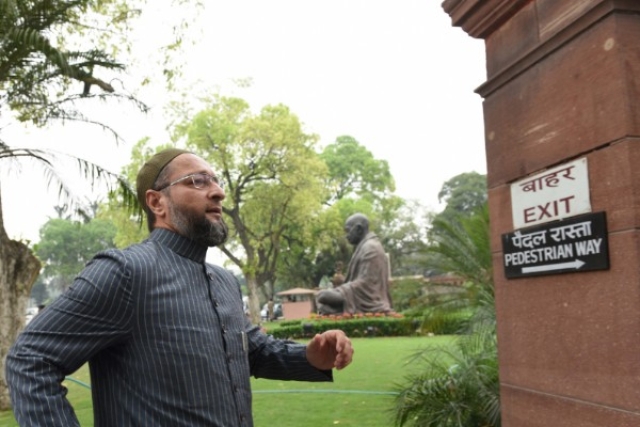 In a petition filed under Article 226 of the Constitution, he sought to set aside the Election Commission order granting recognition to AIMIM as a state party.

Murari says that the party’s constitution opposes secular ideals in every manner possible since they only engage in appeasing to one section of the society. This is in clear violation of Section 29-A (5), under the Representation of People Act, 1951.

He is being legally assisted by advocates Hari Shankar Jain and Vishnu Shankar Jain, and they note that the party was founded in 1958 “on the same lines and thinking on which the Muslim League was formed” which “forced the formation of Pakistan by way of the partition of mother India.”

It also accused that the leaders and workers of the party abuse the Hindu community and its means of idol worship, to appease the Muslims and secure their votes during elections. This is a violation of the principles of secularism, says Murari.

This he says is bound to violate Section 123, since the party is slanted in favour of the Muslim community. He further stated that because of their communal politics, it has been tough for Shiv Sena to establish their presence in the state.